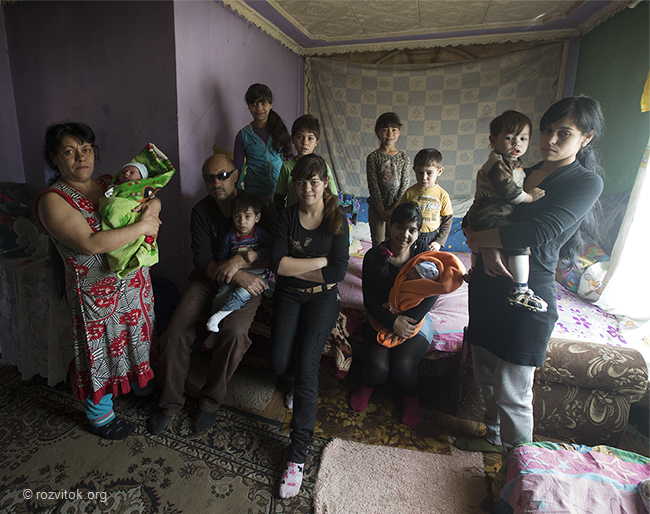 Due to the economic crisis, relating to opposition in eastern Ukraine, the government introduced measures to achieve budgetary savings. They cut all possible payments to local budgets, and they, in turn, began to put pressure on local officials – save on what you can.

In civilized countries with aim to save the budget it is normal to use the energy saving program, reduce bureaucratic staff – just not to hurt socially vulnerable strata of the population. In Mukachevo the budget savings were done in the best traditions of Nazi Germany. Here are just two specific cases in Mukachevo, but, no doubt, there are many more. Names in the article changed at the request of the victims.

To the lawyers of the Mukachevo Human Rights Center turned the Roma activist Andrij Gorvat, who helps Roma in matters with public authorities. He told the two glaring cases of ill-treatment of Roma families that occurred last week and which require immediate intervention of defenders.

I. Eight children and a single mother

A resident of Mukachevo, Mrs. Teresa, a single mother who maintains and educates eight minors, one fine morning was informed that her social payments were stopped.

Her problem is that she was born as Roma, and she is illiterate. Officials meanly took advantage of this, and they sent their clerks. Ms. Teresa was fraudulently offered to sign the documents with purpose to continuing social payments. Woman happily signed, and it turned out later that she put her signature on the act of the poor state survey of living conditions of minors. This act became the basis for denying nine people any means of existence.

Having information that Teresa was registered at the same address but actually lives with relatives in the next street, social workers designed the cunning plan to deprive her of help. Teresa asked for help from human rights activists. On their advice, she visited the Department of Social Protection to obtain copies of the Act and of the survey, according to which she was deprived of assistance. Social workers, whose sacred duty is helping others, simply jumped on her with derogatory words: “You should bear less, and in general, here is nothing to do for Gypsies” It is a shameful example of racial discrimination in the country, whose government declared the work on the integration of Roma into society. 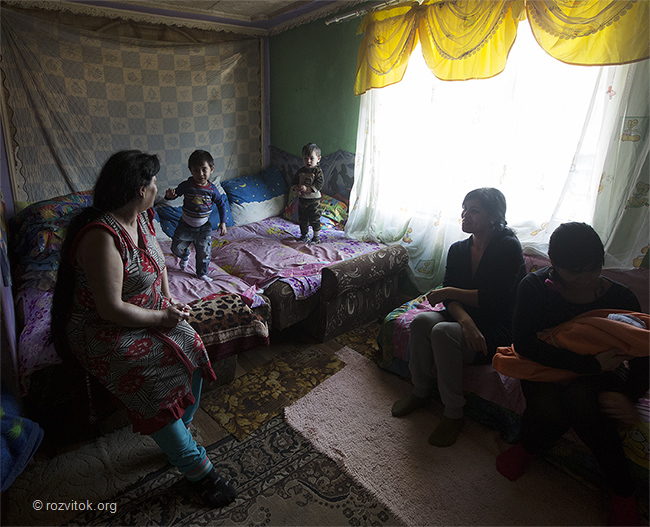 Another family left without livelihood has twelve children. They, unlike the first case, have two parents, but the father is disabled. The family is distinguished by the fact that they are real believers. That is why, they hard trying to survive in that situation honestly. And the situation is extremely difficult: they have a house near the forest, where there is no heating, no light, and no water. Ivan, the owner, admitted that in a month they spend about 500 gryvnia (the Ukrainian national money) … for the candles.

The state counted them help – 8000 UAH, which is a quiet small sum to live for fourteen people. So father helped the local foresters. It was in Uzhgorod the forestry logging for military personnel to the area ATO. They paid him 250 gryvnia and given a salary, of course … by wood. Ivan did not even know that he is an official worker by contract in the forestry. This fact terribly outraged the officials of Mukachevo managing social protection, and the sentence became fatal for the family, six months suspension of social assistance … And in the first and second cases, illiterate Roma were forced to sign documents by social protection workers. 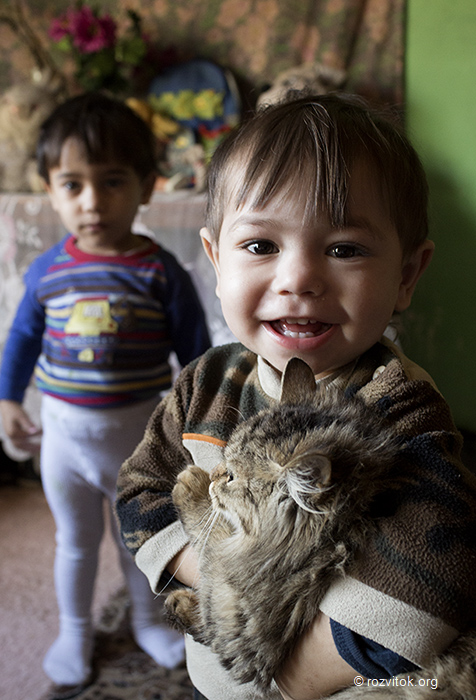 Actions in both cases came on direct orders from the head of the social protection of the population, Mr. Krasnovskii. Mukachevo Executive Committee, inter alia, has approved a surcharge to pay for their honest work. Now we have a chance to make sure what their honesty is.

Our lawyers took two specific cases under their control, but they think that these cases are not rare. Currently, documents are sent to the prosecutor. And as soon as copies of the survey and decisions of the deprivation assistance will be received, proceedings to the Administrative Court against the unlawful actions of officials will be designed.

Today, shameful indifference and outright of officials and relevant agencies to prevent the Roma not only from integration but simply make it difficult to survive. The result is a range of problems: many Roma do not know or understand how to socialize and survive in society. Due to a stereotypical attitude towards Roma, nobody wants to meet them halfway.

Roma in Ukraine are indeed extremely vulnerable to violations of fundamental human rights. And the most discrimination against the Roma is in social and economic sphere, including the accommodation, health, education, employment and social services.

Declarative readiness of officials of all branches of government to adhere to advertised Action Plan of National Strategy for the Protection and Integration of the Roma national minority into Ukrainian Society and combating discrimination in practice looks quite cynical.