Discrimination in Ukraine is Allowed 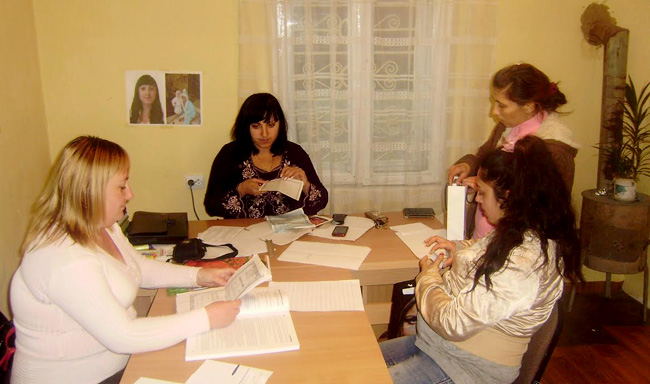 No wonder, all say: “not prohibited – then allowed.” Speaking of discrimination, in Ukraine there is no mechanism to bring to justice those who deprive the rights of others just because of belonging to a certain ethnic group. In words, of course, there is the ban, even at the highest legislative act – the Constitution of Ukraine. Article 24 states: “Citizens have equal constitutional rights and freedoms and are equal before the law. There can be no privileges or restrictions based on race, color of skin, political, religious and other beliefs, sex, ethnic or social origin, property, residence, language or other characteristics … “. There is though not even a hint about punishment for failure to comply these rights.

Hints of punishment can be found in other legal acts, but they are limited to the phrase: “Persons guilty of violating the law beat the civil, administrative or criminal liability under the laws of Ukraine” And as civil liability for discrimination under the law of Ukraine is not defined, guilty of discrimination remain unpunished.
Use their impunity, the public officials allow themselves “kicking out” people just because they have a different skin color. We will tell you the story of one of Mukachevo Roma, who more than a year tried to get at least some document which would identify the fact of his existence.

The first document was the decision of the Mukachevo City Court, which established the fact of birth of Iurii Forkosh, the inhabitant of the city Mukachevo. He received this document due to the appeal to the Mukachevo Human Rights Center; one of the offices of the Center is located in the Roma settlement. Center is engaged in providing free legal aid to the vulnerable and poor people.

The workers of that institution rejected to Iurii Forkosh, because, due to law, the child, who reached 16 years can make registration of birth with his personal statement trough presentation of a passport and according to the laws regulating the procedure of renovation documentary records of civil status. An application to renew the record must be submitted to the civil status department of registry office at the place of residence of the applicant upon presentation of a passport or passport document. Since Iurii Forkosh has no passport or passport document, the department cannot make the registration (Rules of civil registration in Ukraine).

So, Mr. Forkosh went back to the Mukachevo Human Rights Center where the lawyers prepared the following statement to the court. December 4, 2013: Transcarpathian District Administrative Court issued a resolution which ordered the department of registry office in Mukachevo to register the fact of birth of Mr. Forkosh according to court decision and issue a birth certificate.

Iurii Forkosh requested to the Department of registry office in Mukachevo for state registration of the fact of birth and the issuance of birth certificates by the decision of Mukachevo district court and Regulations of the District Administrative Court, but he was recommended to contact the migration service at the place of residence for temporary registration certificate or certificate that establishes his identity. Without presentation of one of these documents the birth certificate issuance is impossible.

Transcarpathian District Administrative Court issued a writ of execution to enforce the judgment issued on 12.04.2013, in accordance with the Article 258 of CAJ of Ukraine.

Once instituted enforcement proceedings, frightened registrar workers began to call to the office of Mukachevo Human Rights Centre and speak in a raised voice to find out of how we dared to sue the “Justice” and what the right we have to change the existing system and rules, which works for decades.” We could not convince them that the system does not work anymore.

In March 2014 the judgment was made. The department of civil registration in Mukachevo recorded the fact of birth of Iurii Forkosh and issued the birth certificate. That happened in a year and two months after the first applying to the Mukachevo Human Rights Center.

We hope that it’s not necessary to comment, that if on the place of Mr. Forskosh was non-Roma man, the issue could be resolved without the courts and executive orders. Obviously, the staff of registry department offices just decided to show their superiority, with words: “yes –yes. Anyone cannot tell us what we should do.” And that willful failure to comply the court decisions and rulings allows us to assert the fact of discrimination. After all, who, if not employees of the Department of Justice are aware, that there is no punishment for discrimination. But for the execution of the court is all reason – the Constitution of Ukraine is the main law of Ukraine, which crosses all the “subordinate acts.” The fact that in Mukachevo internal documents are treated with more respect than the Constitution of Ukraine, once again confirms that discrimination in Ukraine is allowed.