Do not be Afraid to Look Into the Law 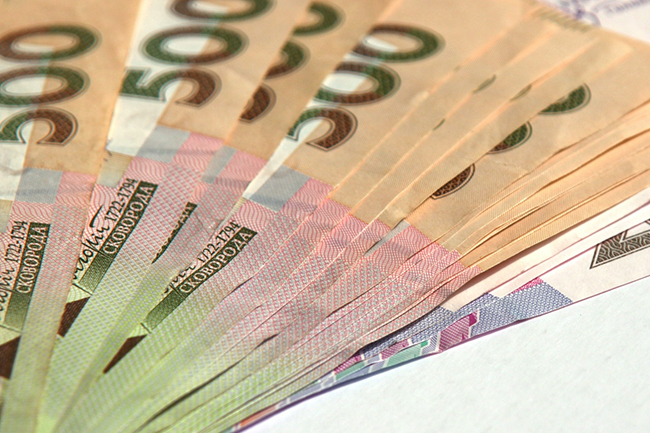 History of Mukachevo pensioner Valentina Vinkovskii could be another story about how to deceive pensioners, who grew up in a totally different environment and who are not used to that, that everybody wants to fleece their neighbors.

Unfortunately, according to police statistics, most often the victims of scams are just people of retirement age. And not always the people who lose their last savings are able to achieve justice.

Valentina Vinkovska had every chance to fill up this list of defrauded seniors, whom no one wants to help. Fortunately, after a few years spent in the search for justice, she came to the Mukachevo Human Rights Center. Thanks to the hard work of lawyers of our center, pensioner was finally able to prove her rights.

The story began quite banal – a trusting elderly and her legal illiteracy. Three years before the successful completion of story, she gave 4,000 gryvnia (Ukrainian national money) to Nicholaj Kalij. In this case the woman was sure that she protected herself from possible fraud from man, by taking from him a receipt for a loan.
But it was not like that. It turned out that according to Ukrainian law, for a loan of more than 170 gryvnia (10 non-taxable minimum incomes of citizens), should be made a written contract. Otherwise, you simply cannot prove the loan.

The receipt, which Nicholaj gave to Valentina, was an ordinary piece of paper without any legal force. But she learned about it only when applied to the court. Because the borrower turned out to be unscrupulous and he did not even think to return the loan, which had been taken for two months. However, in the court the case did not last too long.

For finding help, the pensioner was wandering in different instances, but could not find justice. Three years after giving the money, she appealed to the Mukachevo Human Rights Center, and our lawyers have examined the situation in order, if possible, to help the woman.

Thus, according to the requirements of Part 1 of Art. 1047 of the Civil Code of Ukraine, the loan agreement shall be done in writing, if it exceeds the sum of not less than ten times the statutory size of non-taxable minimum incomes of citizens. Valentina gave 4000 gryvnia, which are much more than 10 minimum incomes.

At the same time the requirements of Part 2 st.218 Civil Code of Ukraine provide that if the transaction for which the law establishes its invalidity in the event of non-compliance with the requirements in writing, was accomplished orally and one of the parties has committed the action, and the other side has confirmed its commission, in particular through the adoption of performance, the transaction in the situation of a dispute may be declared void by the court.

Except as prescribed cases in law, the absence of a written contract though is as a violation of the requirements, but does not provide for automatic recognition of oral contract not void. Moreover, Nicholaj confirmed that he took money from the woman and proved it by writing the appropriate receipt.

According to lawyers of the Centre, this acknowledgment is a testament to the fact that the agreement between them was actually concluded.

This means that the non-fulfillment of these obligations is the reason for going to court. After all, requirements of the art.1046 of the Civil Code of Ukraine provide that in the loan agreement the borrower undertakes to repay the lender the same amount of money (the loan amount) or the same amount of things of the same kind and quality.
On this basis, lawyers of Mukachevo Human Rights Center prepared a petition to the court for recognition of cash loan agreement valid and debt collection. Their arguments were quite convincing, and the judge of Mukachevo city district court recognized the validity of the concluded contract of cash loan between Nicholaj and Valentina, and collected in favour of pensioner debt in the amount of 4 thousand gryvnia.

Of course, the return of the same amount did not compensate moral damage to the woman for three years of fruitless searching for the truth, unbelieving in people who want money from pensioners who live unsweetened life. In the end, for three years, the cost of 4 thousand gryvnia was reduced by inflation. However, though late, but justice is done, and lawyers of Mukachevo Human Rights Center got an interesting experience in practice.

Valentina is lucky that the lawyers have been truly interested in her case, found a corresponding resolution of the Plenum and were able to demonstrate that an oral agreement also obliges the borrower to repay the debt.

But not all that can get so lucky. Therefore, the lawyers of our Center advised to all, who may get to a similar situation: carefully enclose the loan contracts and approve them properly, so that even the strictest judge could not refuse you.

However, if an error has occurred, do not be discouraged. Our specialists are always ready to help, for human rights to be recovered.