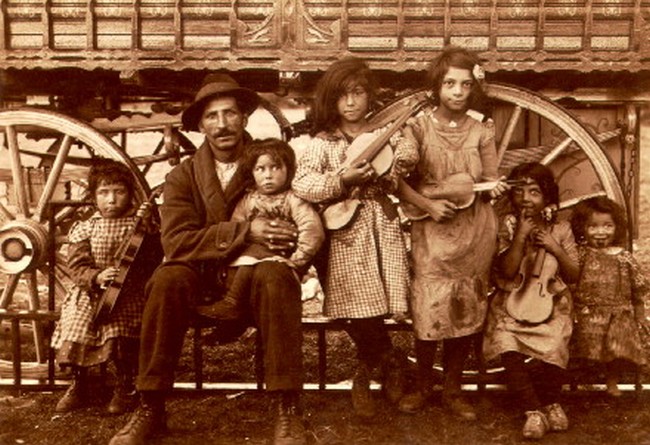 “Estimates of the total population of ethnic Gypsies in the United States range from fewer than 100,000 to one million” – Evan Heimlich, American scientist

The two groups of Gypsy Americans about whom scholars know the most are the Rom and the Romnichals. Many of the Rom came to the New World from Russia or Eastern or Central Europe; the Romnichals came from Great Britain. Although these two groups have much in common, they also are divided by the cultural differences and prejudices between Great Britain and Eastern Europe. The Romnichals came to the United States earlier than the Rom, and ran successful horse-trading operations in New England. The Rom arrived in the United States during the late nineteenth century. It is uncertain how many Gypsies are in the United States because many Gypsies’ entry was undocumented, and others were recorded by their country of origin and not as Gypsies. The Roma-sponsored Patrin website explains, “Many Roma themselves do not admit to their true ethnic origins for economic and social reasons.” Most chillingly, the Nazis rounded up and killed one million Gypsies during World War II.

Gypsies have come to the United States for reasons similar to those of other immigrants; however, since European powers have tended to oppose Gypsies, this hostility has hastened Gypsy emigrations. According to Sway, “Gypsy deportations from England, France, Portugal, and Spain created the genesis of Gypsy life in the New World.” Gypsies’ social marginality left them little institutional power in Europe. Sway adds that England deported some Gypsies to Barbados and Australia, and by the end of the seventeenth century, every European country with New World holdings followed the practice of deporting Gypsies to the Americas. 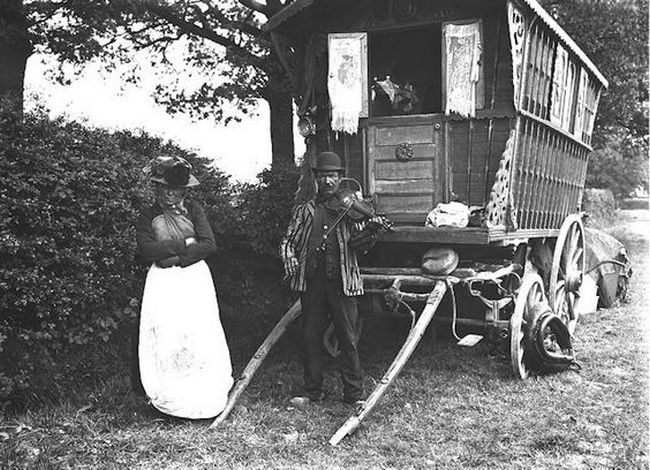 Roma from the UK. Liverpool, 1909 Source

Suspicion between Gypsies and established institutions also spurred Gypsy emigration. Christian churches of Europe attacked Gypsy fortune-tellers, prompting deportations. Sending Gypsies home was not an option—no nation welcomed them since their origin in India was unknown to the Western world until the eighteenth century. Near the end of the nineteenth century, Eastern European emigrants spread throughout Europe and the Western Hemisphere; within this mass movement came the biggest immigrant waves of Gypsies to the United States.

More recently, toward the end of the twentieth century, the collapse of Communism in Eastern Europe has enabled Gypsies to emigrate more freely, at times with renewed harassment as incentive, bringing new waves of Eastern European Gypsies to the United States.

The traditional stereotype of the Gypsy is the wanderer, and some modern Gypsy Americans continue to travel in pursuit of their livelihoods. Rather than wander, they tend to move purposefully from one destination to another. Historically, some families have reportedly traveled in regular circuits, often returning to the same places; others have ranged more widely, following no set route. Awareness of the best cities, small towns, or rural areas as markets for their services has guided all travel. A group might camp for weeks, sometimes months, at especially productive urban areas, returning to these spots year after year. 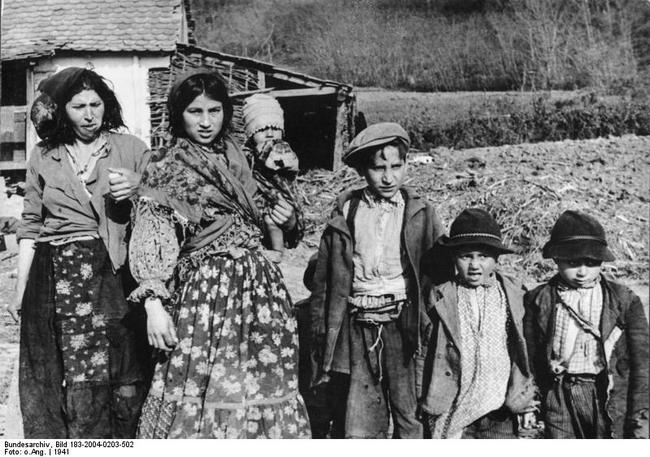 The Gypsy population has been participating in American migrations from countryside into cities. Yet estimates tend to support that the Gypsy American population at any given time is evenly divided between urban and rural areas. Generally, as noted by Silverman, the urbanization of the Rom began as early as the end of the eighteenth century when various groups began to spend the winter months camping in vacant lots on the outskirts of cities, and intensified when “a large number of Rom flocked to the cities during the 1920s and 1930s to take advantage of various relief programs, and remained there because of gas rationing and because of increasing business opportunities within the city.”

Because Gypsies tend to follow economic opportunities, the most populous cities, such as Los Angeles, San Francisco, New York, Chicago, Boston, Atlanta, Dallas, Houston, Seattle, and Portland, have the largest concentrations of Gypsies.

Gypsy Americans largely consider Eastern Europe their peoples’ home. “In 1933 at the first International Conference on Gypsy Affairs held in Bucharest, Romania,” stated Sway, “the United Gypsies of Europe asked for a piece of land in Bucharest where Gypsies in trouble could settle. Later in 1937, Janus Kwiek, the ‘Gypsy King of Poland,’ asked Mussolini to grant the Gypsies a strip of land in Abyssinia (present-day Ethiopia) so they might escape persecution in various host societies.”

Many Americans have romanticized Gypsies as exotic foreigners. Some Americans draw on the supposedly romantic appeals of Gypsy traditions—especially traditions of dancing and music-making, lives on the road, and maintaining a traveling culture. Often, established Americans maintain or adopt European prejudices against Gypsies and treat Gypsy immigrants poorly. Just as Europeans have often attributed the fortune-telling skills of Gypsies to “black magic,” Gypsy traders have been accused of fencing stolen goods, and of stealing their goods themselves. Laws attempting to deter, prevent, and punish fortune-tellers and thieves in America have singled out Gypsy Americans. According to Sway, until 1930, Virginia legally barred Gypsies from telling fortunes. And in New Jersey in the middle 1980s, special regulations and licensing requirements applied to Gypsies who told fortunes. Gypsy households have been labeled as “dens of thieves” so that charges brought against one resident may apply to any and all. 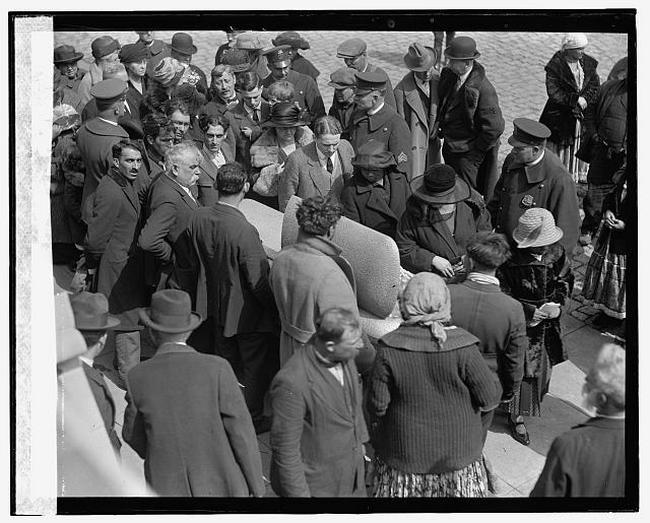 Roma on the territory of USA. Source

The fearsome shadow of attempted genocide of Gypsies in Europe still menaces Gypsies. Gypsy Americans are concerned about worsening oppression of fellow Gypsies, most severely in Eastern Europe. This concern is understandable in light of the first two genocidal massacres: during World War I Turks killed Gypsies and Armenians; and during the Holocaust, Nazis massacred Gypsies alongside Jews. Because too few people know about the Gypsy victims of the Nazis, Gypsies advocate public recognition of that loss. They attempt to draw attention, too, to the current plight of Eastern European Gypsies.

Gypsies have repeatedly shown the ability to adapt without surrendering the essence of their culture. Traditional Gypsy Americans continue to resist the inroads of acculturation, assimilation, and absorption in the United States. Even groups such as the Gitanos or Romnichals, despite having lost most of their original language, still maintain a strong sense of ethnic identity and exclusiveness.

Gypsies maintain a powerful group identity, though. Their traveling itself sets them apart from other cultures, as does their common rejection of international borders. Another area of difference from mainstream America is attitude toward formal, public schools. Until recently, many Gypsies sent their children to schools only until the age of ten to keep them from being exposed to alien practices and teachings. 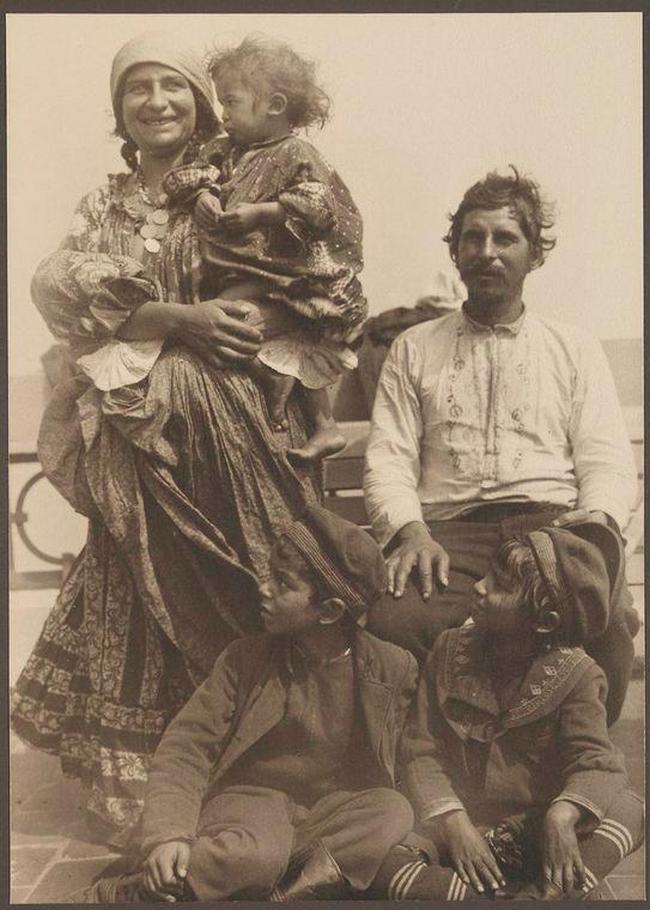 Prejudice against Gypsies has strengthened their isolation. One might suppose that economic interactions would dispel the insularity of Gypsies, if insular social techniques did not pull Gypsies together. These opposing tensions give Gypsies a flexible identity. Gypsy people may seem split between their business life, which focuses outwardly on non-Gypsies, and on the other hand, their social life, which focuses inwardly on only Gypsies. Nevertheless, as Silverman noted, some Gypsy Americans may present themselves as Puerto Ricans, Mexicans, Armenians, Greeks, Arabs, and as other local ethnics in order to obtain jobs, housing, and welfare.

Gypsies and non-Gypsy Americans have subjected each other to prejudices. To many Americans, Gypsy Americans seem to be sinister foreigners. To the Gypsies, Sway observed, “non-Gypsies seem cold, selfish, violent,” as well as defiled or polluted. However, because Gypsies depend economically on non-Gypsies as customers for their services, they cannot afford to isolate themselves physically from non-Gypsies. Instead, social techniques enable Gypsies to maintain their cultural separateness from the people near whom they live, and with whom they do business.
Basically, these techniques consist of taboos. A Gypsy court system enforces the taboos, to effectively limit social interactions with non-Gypsies. Gypsy Americans may bend their taboos by eating in a restaurant with non-Gypsies, and then attend to the taboos by remarking that some uncleanliness made them sick or unlucky.

Stereotypes of Gypsies have focused on their nomadism, fortune-telling, and their trading. Non-Gypsies have stereotyped Gypsies, their cultures, and their skills as exotically different at best, but often much more offensively. As a result, English-speakers say that to defraud, swindle, or cheat someone is to “gyp” them. This sensational image of Gypsies as criminals does not find support from statistical analysis of court records, since conviction rates of Gypsy Americans seem to be lower than rates of other ethnic Americans for rape and murder; and the conviction rate of Gypsies for theft is no higher than the rate for other Americans. However, Hancock pointed out in his The Pariah Syndrome that the association of Gypsies with crime goes deep and is sometimes justified since Gypsies have resorted to theft as a means of survival; but “much of it is not justified, however, and is the result of exploitation of a stereotype by a popular press which is less interested in the honest Gypsies.” 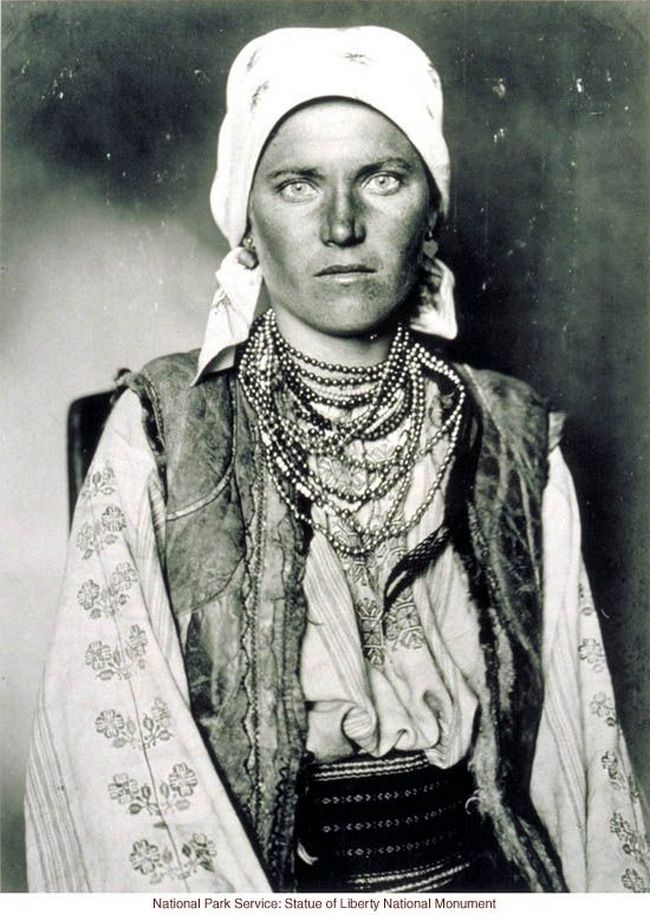 Stereotypes of Gypsies have focused on their nomadism, fortune-telling, and their trading. Non-Gypsies have stereotyped Gypsies, their cultures, and their skills as exotically different at best, but often much more offensively. As a result, English-speakers say that to defraud, swindle, or cheat someone is to “gyp” them. This sensational image of Gypsies as criminals does not find support from statistical analysis of court records, since conviction rates of Gypsy Americans seem to be lower than rates of other ethnic Americans for rape and murder; and the conviction rate of Gypsies for theft is no higher than the rate for other Americans.

European Christians, especially, tended to believe that dark-skinned people were evil. Sway suggested that because the Gypsies were dark, strangely dressed, and spoke a language believed to be “a kind of gibberish used to deceive others” lent credence to the fear that they were spies for the Turks and enemies of Christendom.

Until relatively recently, when some Gypsy activists and scholars have begun to try to present their people in a better light, stereotypes faced little or no opposition. Gypsies had little basis of trust for attempts to reveal how they “really” are, and lacked the resources to publish denials of specific claims. However, many Gypsy Americans now are actively trying to debunk oppressive stereotypes of Gypsies and promote a new public image. The film, King of the Gypsies, which was “suggested by” the best-selling book by Peter Maas, focuses on the squalor of Gypsy life from the perspective of a Gypsy-born boy who reviles Gypsies. Gypsies have protested the inaccurate and garish portrayals in this film. At the other end of the film spectrum is Latcho Drom— a “musical journey from India to Iberia, a seamless anthology of Gypsy music as played by an assortment of professionals on a variety of stringed instruments—sitars, zithers, violins, guitars—against means of percussion that range from small drums to brass vases to paired spoons to castanets,” wrote J. Hoberman.