Indirect Discrimination of Roma by the officials of the Executive Bodies. The Feka’s Case 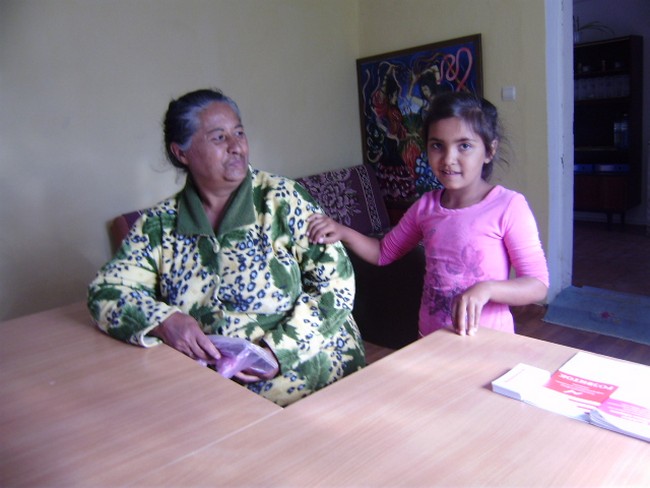 Just few people may think about the fact, that the lack of a passport prevents anyone in the implementation of almost all socio-economic rights (the right to health care, to work, to social assistance and pension). The lack of a child’s birth certificate deprives of the right to education and children become “hostages” in this system that prevents their further social integration and makes it for them impossible to pursue higher education and find work.

This example, which we show here, clearly illustrates the problem that Roma so often face in Ukraine.
So, to Mukachevo Human Rights Center appealed Eva Feka, born in 1963.

November 30, 1990 she gave birth to her daughter Lilia Feka. Timely state registration of the child’s birth has not been undertaken respectively she has no document that identifies her identity.

In February 2014 Eva Feka appealed to the department of civil registration in the city of Mukachevo Registration Service Mukachevo city district Department of Justice in Transcarpathian region for state registration of birth, but was rejected and recommended to go to court.

The fact of having a baby, Lilia Feka, was confirmed by medical birth certificate (form 103 – / 0).
However, according to part 8 of P. 2 of Art. 13 of the Law of Ukraine “About the state civil registration” in case of attaining the age of sixteen years by the child the state registration of his or her birth can be carried out by to his or her personal statement with presentation of passport of citizen of Ukraine”.

According to p.1.3 Section I of the Procedure of registration and issuance of a passport of citizen of Ukraine, approved by the Ministry of Ukraine of 13.04.2012 No. 320 to obtain a passport person shall submit a birth certificate.

Considering the above, the registration of birth of a child could be held by a court decision establishing the fact of birth.

On the content of paragraph 7 Part 1 article 256 of the GIC Ukraine, the court considers case on the fact of birth of a person at a certain time in case of failure of registration by the state civil registration of birth.

The lawyers of the Mukachevo Human Rights Center prepared a petition to the court to establish the fact of birth.
The court established the fact of birth of Lilia Feka. However, referring to the department of civil registration in the city Mukachevo for state registration of birth, she was denied, because the operative part of the judgment has not indicated her mother Liliia Feka – Eva Feka.

The lawyers of the Mukachevo Human Rights Center prepared a statement to the court for approval of an additional decision, as according to Article 220 of the CPC of Ukraine, the court that made a decision, may at the request of the persons involved in the case, or on its own initiative adopt additional solutions, where applicable any claim, on which the parties submitted evidence and gave an explanation to make a decision.

Only after the approval of an additional judgment registrar department issued a birth registration for Lilia Feka.

According to the Article 3 of the Constitution of Ukraine, establishing and ensuring human rights and freedoms in Ukraine is the main duty of the state. And if the country allowed the massive violation of the rights of citizens of different nationalities (as confirmed by the first monitoring conducted by the Commissioner), the Ukrainian state takes this duty unsatisfactory”- is said in the special report of the Ombudsman “On observance and protection of rights of national minorities in Ukraine”.