Indirect Discrimination of Roma by the Officials of the Executive Bodies. The Kovach’s Case 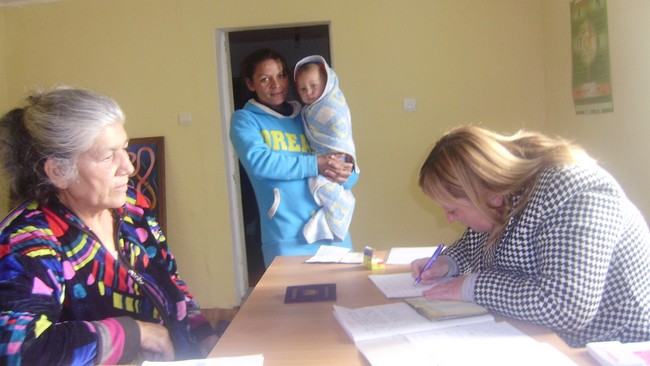 To Mukachevo Human Rights Center appealed Kovach Elmira, the mother of 5 children. In her birth certificate and passport is written the name “Elmira”. Three of her children in their certificates have notes of the name of mother – “Elmira”, as in her passport, and two – “Elvira”. That means, her children legally have different mothers. Because of this error, she could not issue a social benefits provided for her by law.

Neither oral nor written submissions to the state department of civil registration have had any results. The workers of the registry office don’t want to waste time on the issue of “some Roma person”, and that is why they tried to ignore it. They did not care about the fact that they violate the human right to receive relevant benefits. Realizing, that it makes no sense to speak the language of appeals with the Department of State civil registration, Elmira decided to apply for legal aid to Mukachevo Human Rights Center. The lawyers of our Centre prepared the appropriate application of the amendments to the civil record of birth. And then came that long-awaited day – she was issued secondary certificates for two children. But when she saw the record – she got speechless – in the column “mother” again was written “Elvira”. The registrar gave her another birth certificate for children with the same error: the mother’s name still was “Elvira”.

As for the adult child, to amend the birth record was denied because of the absence of a passport. However, the justified conclusion about the refusal to amend the record of civil status has not yet provided by the registrar department, which violates the right to challenge the finding in court.

As you can see, even one wrong letter in the name may have negative consequences both for the individual and for their family, leading to long hikes on instances, nerves, and failure to obtain documents, litigation.