Indirect Discrimination of Roma by the officials of the Executive Bodies. The Tunde’s Case 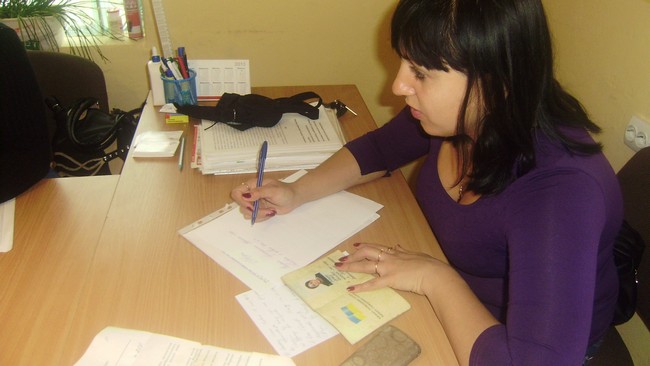 It is undeniable that nowadays for national minorities in Ukraine are not provided the full conditions for life and development of their communities. Moreover, in the 21st century in Ukraine such a shameful and unacceptable for a civilized society thing as discrimination on racial grounds is spread. Ukrainian authorities convince Europe that cases of direct discrimination in the state are infrequent. At the same time, the reality cannot be hidden: the representatives of the national minorities in Ukraine are constantly exposed to indirect discrimination. And more often suffer from it the representatives of the Roma communities.

To Mukachevo Human Rights Center applied the representative of the Roma settlement David Tunde Geizivna, born in 1981. Her mother – David Amalia Deziderivna died. She did not address to the body of state registration of civil status on the registration of her birth.

The fact of her birth is supported by a medical certificate.

Considering the above, birth registration could be conducted on the basis of a court decision establishing the fact of birth.

The court established the fact of the birth of David Tunde Geizivna. However, referring to the department of civil registration in Mukachevo for the state registration of birth, she was denied because of the reasoning and the operative part of the court decision allowed slip instead of “Geizivna” Unknown “Gneizivna”, and instead “Deziderivna” stated “Dziderivna”.

The lawyers of our Center prepared an application to the court for the correction of clerical errors in the judgment, since, according to art.219 of the Civil Procedural Code of Ukraine, the court may on its own initiative or at the request of persons who take part in the process, rectify the judgment in clerical or arithmetical errors.
Court decision agreed to amend the judgment, and then the registrar department conducted state registration of birth.

Taking into account the generally accepted fact that the government’s attitude to the problems of national minorities is a clear indicator of the civilized state and society, we can conclude that the situation in Ukraine is far from ideal. Extraordinary level of anti-Roma trends, patterns and practices of human rights violations against Roma and general intolerance for such actions is the result of the fact that the attitude towards the Roma as pariahs was never recognized by the Ukrainian authorities as a breach of human rights, despite a decade of efforts of the civil society to change that situation. The attention to the rights of Roma in Ukraine is still in informal activities, in spite of the acute nature of the problems and related acts.