Iryna Lysnychka: “Law about Discrimination Does Not Protect the Representatives of the Roma National Minority From Discrimination” 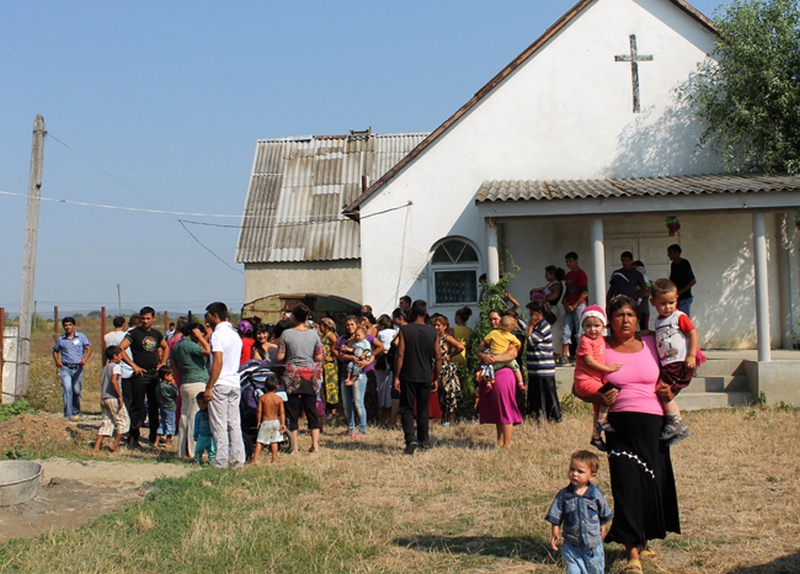 Constitutional basis of the equality principle and ban on discrimination underlie the Constitution of Ukraine, according to which “citizens have equal constitutional rights and freedoms and are equal before the law. There can be neither privileges nor restrictions according to race, skin colour, political, religious or other believes, gender, ethnic and social origin, wealth, place of living, language or other aspects”.

Unfavourable conditions for development of the Roma national minority are created through direct or hidden discrimination actions in the social, economic, ethnic and territorial spheres; they make integration of the Roma community into the Ukrainian society impossible.

Moreover, it is impossible to present proves of such discrimination actions. For example, not any case has been won for the last four years concerning the discrimination of the Roma national minority.

Let us have a closer look at the reasons

The Law of Ukraine “On the actions of preventing and counteracting the discrimination in Ukraine” is the legal act containing the generalized definition of the term “discrimination”.

The main problem of the Ukrainian anti-discrimination law is absence of the clear mechanism of its implementation and determination of responsibility for discrimination, as the general definition of discrimination in the Law, in fact, simply repeats the Criminal Code of Ukraine, according to which “direct or indirect rights restriction or establishment of direct or indirect privileges for citizens according to their race, skin colour, political, religious or other believes, gender, ethnic and social origin, wealth, place of living, language or other aspects” is considered as a crime.

Unfortunately, the actual law did not establish the alternative criminal responsibility for performing discrimination actions and, thus, left it for the Criminal Code of Ukraine.

It leads to impossibility to implement the legal norm in practice. At the same time, not all the discrimination actions can be considered as criminal actions.

And that while the Roma national minority faces constant and system discrimination in all the spheres of social life, including the access to education, accommodation services, heath protection, employment, social services.
Direct discrimination is defined in the article 1 of the Law of Ukraine “On counteraction and prevention the discrimination in Ukraine”: “situation, in which the person and/or the group of people is treated less favourably according to their certain features, than another person and/or group of people in the same situation, apart from the cases when this treatment has legal, objectively well-grounded aim ways of achieving which are convenient and necessary”.

Direct discrimination of the Roma national minority appears mostly due to less attention to their needs based on their ethnic origin and overall neglectful attitude to them from the side of the non-Roma. At large, it leads to direct or indirect refusals on racial basis on access to services, information or other goods being essential factors of implementation of fundamental social and economic rights.

For example, the following actions can be considered as discrimination in the sphere of the health protection: absence of the medical institutions in places where Roma people live compactly; unwillingness of the emergency teams to go to the Roma settlements; open, direct discrimination of Roma in medical institutions, which is seen in the hate speech and ignoring the needs of Roma.

In the social and labour spheres, direct discrimination leads to anti-Romanism in employment and impossibility for Roma to get a job. The employers use the low educational level of Roma as a cover, not to hire Roma people and, thus, producing direct discrimination on the basis of ethnic background in the labour market.

Indirect discrimination is a consequence of the neutrally defined (that means, without a concrete reference to the certain feature of a person or a group of people) rule, demand or policy, that provides equal attitude but, in practice, creates less favourable conditions for implementation of rights of a certain person or group of people according to their features. It is more complicated, to reveal indirect discrimination than the direct one. As the rules/demands leading to indirect discrimination use to be general provisions of the legal documents elaborated without taking into account individual situations or special features of the vulnerable groups.

The most significant problem of the Roma national minority in Ukraine is absence of the personal documents. Without an opportunity to process the documents, Roma found themselves in the status of the stateless people. That, in turn, makes them a real object of indirect discrimination.

In November 2010, the Cabinet excluded the information block “nationality” from all the applications for registration.

At the same time, the Ukrainian legislation in the sphere of the civil registration provides no information blocks about nationality in the civil registry records; that gives no opportunity to identify citizens according to their nationality, including the Roma people.

The lawyer accentuates the necessity of holding monitoring of the national court practice on trying cases of discrimination to deeply study the problem and find the ways of its solutions by means of respective changes in legislation.