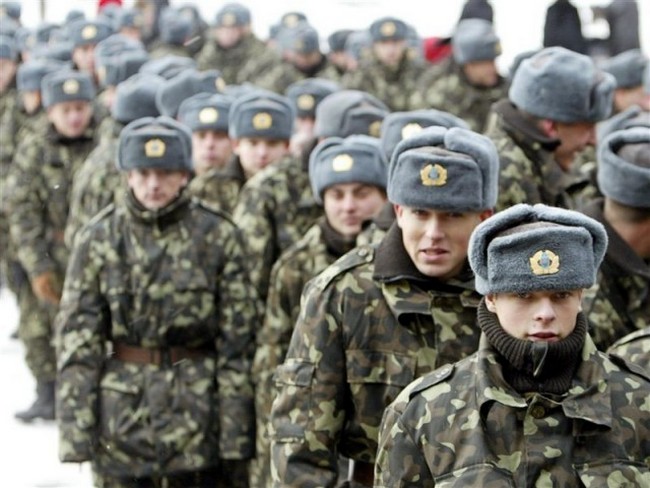 That was the conclusion to the appeal of military men of the lawyer of the Charitable fund “Progress”, which provides free primary legal assistance in Mukachevo. Iryna Lysnychka notes the frequent recourse to public reception of the soldiers that cannot retire from the service after the expiration of the contract, while a new contract is not concluded. According to the applicants, the leadership explains that, in the case of special period for military personnel whose period of military service ended, performance of the contract continues over the duration and they are actually refused to be released.

“The military men, who brought forward the problem of their inability to discharge from service, had all legal grounds for this. According to part 6 of Article 25 of the Law of Ukraine, “On Military Duty and Military Service”, one of the grounds for exemption from military service of persons who have contract is the expiration of the contract,- says Iryna Lysnychka. – It is necessary to explain what the term “special period” means, whereby appeals can be managed. Thus, the Law of Ukraine “On mobilization preparation and mobilization” states that the Special Period is: the period of operation of the national economy, public authorities, other public bodies, local authorities, the Armed Forces of Ukraine and other military units, civil defense forces, enterprises, institutions and organizations and citizens of Ukraine who perform their constitutional duty of defending the homeland, independence and territorial integrity of Ukraine, which comes after the announcement of mobilization (except the target one) or bring it to the performers in relation to latent mobilization or after the declaration of the martial law in Ukraine or in some areas and covers the period of mobilization, and wartime partial recovery period after the end of hostilities.

Taking into account that no regulations about the specific period are given and it was not declared that military men cannot be denied in their right for liberation”.

Such a position of authority is explained with the situation in the anti-terror operation and the inability to fully realize the tasks in mobilization. But it is reasonable to violate the rights of military personnel who work on a contract basis?

Iryna Lysnychka, after giving consultations on this issue, recommends first to resolve the issue in the non-conflict perspective. She stated, “Be sure to collect papers and make copies of them for further action. If your report was responded verbally, ask for refusal in writing. And remember, according to the Article 110 of the Disciplinary Statute of the Armed Forces, approved with the Law of Ukraine “On Disciplinary Statute of the Armed Forces of Ukraine”, all soldiers have the right to submit petitions, or to personally appeal to the officials of the military management of the Law-and-Order Department, pre-trial investigation bodies, and other government agencies in case of:
• illegal decisions, actions (inaction) of their commanders or other soldiers, violating their rights, freedoms and legitimate interests;
• illegal imposing of responsibilities on them or unlawful prosecution of them.

If it turns out that the right to exemption is really violated, a decision of authority relating to the denial to discharge military man should be challenged in court”.