Just Do Not Give Up! 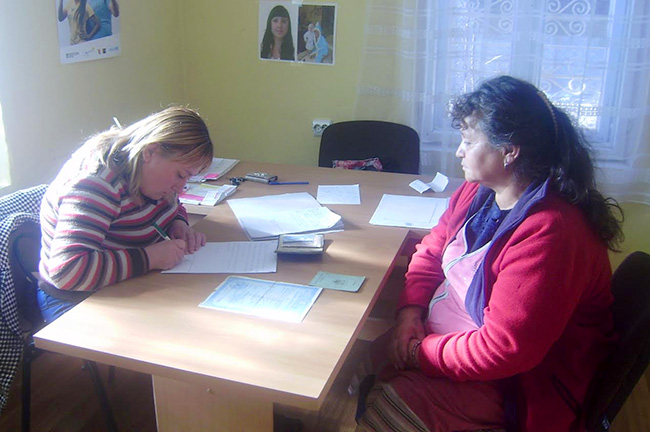 Subject of the absence of birth certificates and passports is not new. But, do we ever reflect on the consequences of a lack of documents? For the Roma they are devastating, if not worse. You are nobody and your name is no one. Almost every day, the representatives of the Roma community suffer from blatant discrimination everywhere. This situation can be modeled, even if a person has the documents. And what about those who do not have them?

The lack of identifying documents puts in the position of … emptiness. Indifference of authority and discriminatory attitude – this is just the tip of the iceberg. A person without a passport cannot realize both: his own natural and constitutional rights. He or she is not able to get an education that put the way for an alternative life. Lack of opportunity to get an education has a negative loop: the increasing gender inequality, economic decline, and the growth of crime and in general degradation of society. The person who is abandoned in the so-called illegality plane will survive according to the traditions, and the government continues to be silent, in contrast to the growing consciousness of its citizens.

The inability to get even a basic education closes both the doors to a better life and the human eyes to the ways of self-realization. Unhappy people will never build a happy country. The state, its citizens have to realize how many preferences can get available due to the inclusion of human in social development.

Sometimes, you need only to issue a passport to a person.

One day, in Mukachevo Human Rights Center, a tearful disabled woman appealed with the question, on the solution of which depended the fate of her daughter – the inability to obtain identifying documents for her minor child.

This is not the first reference to our center with the problems of this nature. Many Roma from the Transcarpathian region do not have birth certificates and, accordingly, passports. And those who are trying to get an identity card face exceptional challenges. For Roma it is extremely difficult to obtain identifying documents by civilized and legal way without professional help of lawyers. The problem lies in two areas:

• First, the imperfection of the legislation of Ukraine, which makes the process of obtaining the passports for those who do not have the birth certificates impossible
• Secondly, discriminatory attitudes from government agencies, and their employees up to the Roma community

After all the state institutions simply shut the doors before a woman without a clear explanation of the nature of failure, without any advice, she decided to apply to our center. It hurts, to hear stories of people who lost faith in the existence of at least some crumbs of justice. Usually, when they see Roma representative anywhere, they just try to distance themselves from them, hanging them on a different kind of cliché, about Roma second-rate. Of course, it is much easier to “disown” from the client “advising” that the other authority will help. And representatives of the Roma community usually cannot defend their legal rights in the legal field.

Fortunately, there are a number of centers which provide legal aid as our center, which for four years has been providing professional primary and secondary legal aid that helps people realize their human rights.

Already lost faith in the performance of government agencies, tired of the daily failures and contempt of workers of various kinds of instances, Piklush Maria (name changed for ethical reasons) desperate, tired and with fear that here she would be again refused help, appealed to our center and told her story.

She became a mother on October 1, 1999 at her home. Yes, she gave birth at home, and this was her karma of scorn and neglect, which is passed on to her daughter. Ms. Mary didn’t address to any public institution to establish the birth of her baby and obtain further identifying document. However, she realized that without the documents her daughter cannot fully function as a citizen of Ukraine. Therefore, in summer 2015, Maria appealed to the registry office in Mukachevo. But she got refused and “was advised to” go to court. But the heroine of our story did not fully understand why and with what she did need to appeal to the court. Why did she have to go there if these cases involved the registry office?

Considering the above mentioned, the child’s birth registration can be made by a court decision establishing the fact of birth.

Iryna Lysnychka assured Ms. Mary, that actions in a legal field may solve almost all issues and problems. Together, they prepared a statement on the finding, which has legal significance. In conclusion, Ms. Mary won the case, and her daughter received a birth certificate. Now, the girl can study, work.

It is very important that treatment for such egregious problems should change. In order to people haven’t appealed to legal aid centers with emotions that border between helplessness and aggression in the world. We are all people and never know which problem can encounter and whose help we need.

The press center of the Charitable Fund “Progress”