Mukachevo Roma Started to Repair the Water Supplying System by Themselves 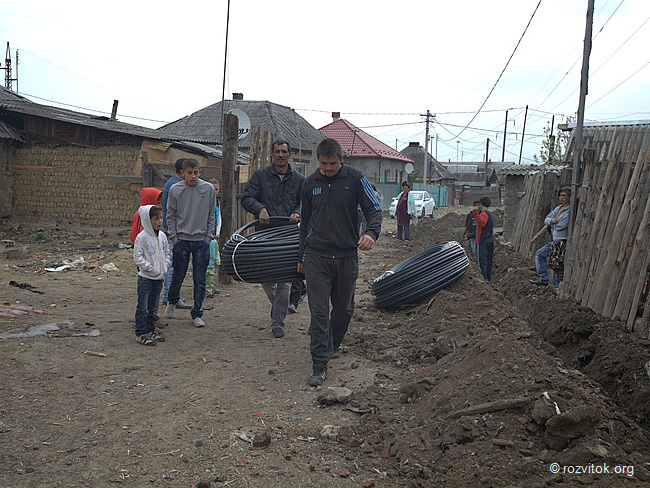 Today, in the morning, the Roma from Mukachevo Roma settlement started to work on the water supply on the territory of the settlement: on streets Trudova, Proektna and Mendeleeva. As known, the deputies of the Mukachevo City Council contributed in the budget for 2014 almost 700 thousand grivna to finance the overhaul of water supply in the area of Roma settlement. But today the offices of the State Treasury Service of Ukraine in Transcarpathian region holds vouchers and allocates funds solely on “protected” social groups. 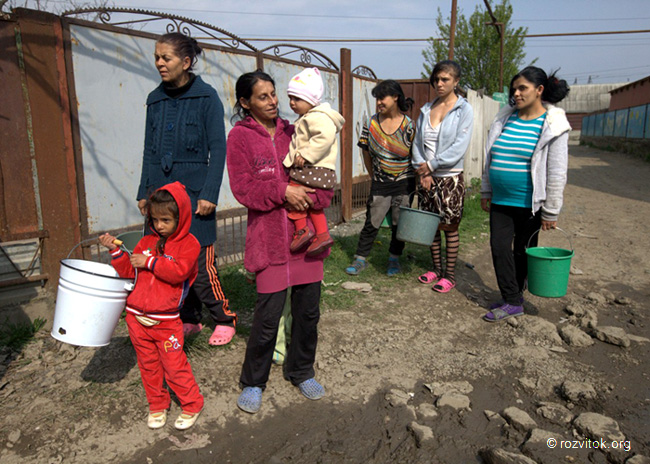 It is clear that the Roma will not soon see this money. Therefore, representatives of the Roma community decided to act independently. With the assistance of Roma leaders: the national baron K. Lakatosh, elder of Roma, heads of street committees that supported this initiative and at their own expense bought about 3 kilometers of pipes and have ordered construction equipment. The work began as usual by all in the camp: young and old.

“We could no longer delay, – says Alexander Balog, the honor elder of Roma settlement. – I am ashamed to face expectant mothers with several children in their arms, which have to go about 300-400 meters to get the water to wash clothes. The social tension is growing in the camp; people have heard about the promise of authorities and wait for decisive action. Previously, I was able to calm them down with explanation that now it is cold outside for that king of work. But now, every single day I hear about water. With the support of national Baron and elders we start the work. Roma help for free, but there are some works that cost a lot. For example, for the excavator, we pay 200 gryvnia per hour. We hope that we get some more financial assistance.”

At the same time, at the expense of the city budget was developed еру project-technical documentation for almost 30 thousand grivna. At a meeting in an executive committee was considered the issue of attracting donor funding to works on reconstruction of water supply.

Extremely important is the fact of the Roma self-organization, which recently is active in carrying out work on the improvement of the Roma settlements. Unfortunately, there are not enough resources for repairing the whole water system. We hope that this good tradition will be supported by the authorities and public organizations, and most importantly – sponsors and donors.