Roma Self-Government: From the Common Law to the Development of Local Democracy 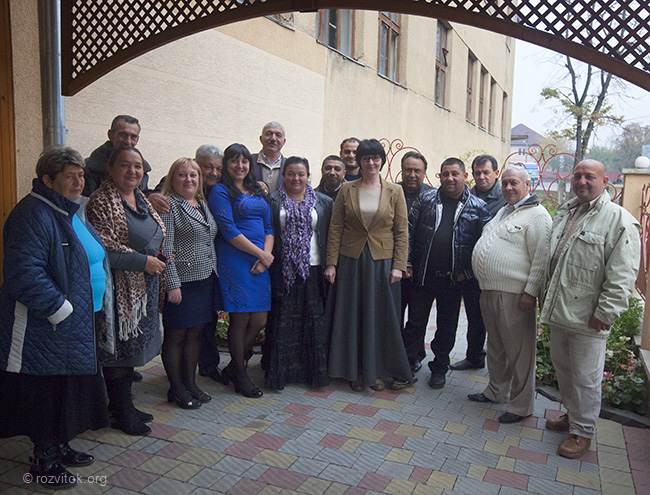 On Saturday, November 7th, 2015, the final meeting of Roma elders and Roma leaders was held in Mukachevo. They represented the cities, where the largest Romani settlements are, in order to discuss the development strategy of Roma communities in Transcarpathian region.

In order to form a strategy for the sustainable development of Transcarpathian Roma communities, the members and participants of the working meeting focused on the allocation of the main obstacles and challenges in the life of the Roma in Transcarpathian region. Problems that were heard at the meeting of the elders of Roma settlements from different areas of Transcarpathia, were very similar. They cover the whole spectrum, which began on housing issues, and ended with the indifference of the authorities and discrimination from the side of Ukrainian society.

According to the chairman of public organization “Society of Roma” Andrew Horvat, the city authorities do not know the problems of the Roma community, as they almost never go to the camps. “When you apply to the representatives of the City Council, as the Chairman of Cultural Society of Roma, they are talking only about the cultural sphere. Or: “If you want a drum, we will buy you a drum; but other improvement issues do not concern you” 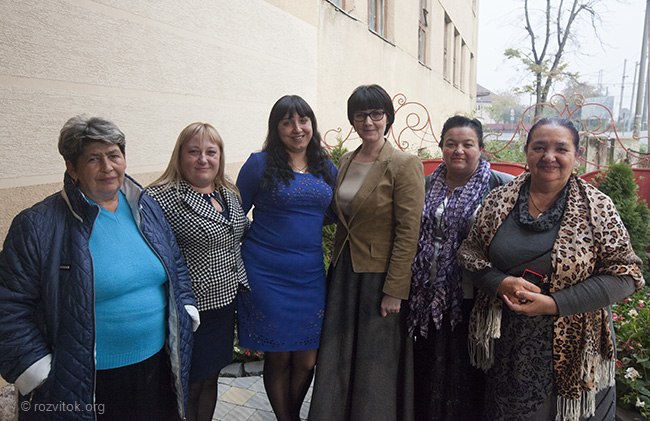 After the discussion about all the existing problems and sharing the experiences of building a dialogue with the municipal authorities, the participants of the meeting came to the unanimous conclusion – it’s time to create and develop the Roma self-government in the camps of Transcarpathian region.

Ignat Tyrpak, the elder of Roma settlements in Perechyn, said: “Now we are seeing more activity among Roma youth: their critical thinking, desire for change for the better. Therefore, we are ready to invest in the youth all the resources. And first of all, it’s the experience of social management. We will build a powerful Roma community by our own forces”.

The elder of the Roma settlement, located in Svaliava, Matvii Balint noted that “this step is very important for us. We will became clear and real, and not an empty space on the communal land”

Carolina Macula, the Romani activist from Khust city, who took part in the local elections as a candidate for deputy from the Roma community, added that for her, the today’s meeting was the beginning of a new life, where there will never be poverty, where her children will not attend segregated school and can dream about studying at university, and most importantly, Carolina said: “now I believe that their dreams will come true”!

The practical actions start now, Nataliia Kozyr, the project coordinator of the Charitable fund “Progress”, said: “There have been many meetings with the representatives of Roma communities in Transcarpathian region, as well as with representatives of the city councils in 10 cities. We have support from both parties and start holding the general meetings from camp to camp. It is a hard and long way, we are only at the very beginning of the development of the Roma self-government, but we all believe in success of this important deal. Our further joint efforts will be directed at the eradication of poverty, the transformation of customary law in the legal sphere, to strengthen the rights and opportunities of young Roma activists, who have managerial abilities and see themselves as potential leaders, and, of course, to strengthen the role of women in Roma communities. The individual leadership has passed, we come together to break the cycle of perpetual poverty, and begin to develop the Roma community in the Transcarpathian region”

P.S. The project “Implementation of advocacy campaign to support the Roma self-government in the Transcarpathian region” is implemented by the Charitable fund “Progress” with the support of the European Commission and the Eastern Partnership Minorities Network.