Roma Women Today: How to Survive the Pressure of Triple Discrimination? 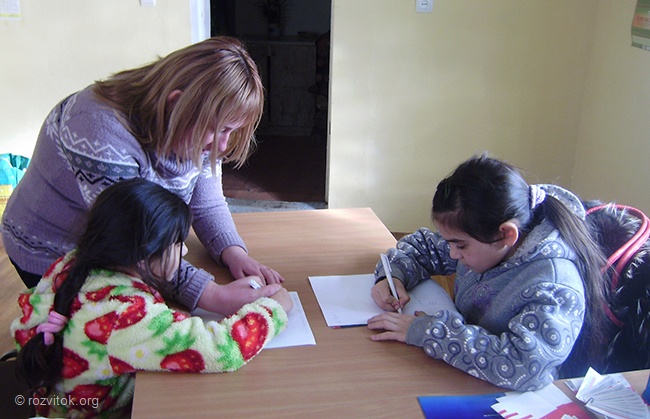 Within the campaign “16 Days of combating gender violence” there are plenty of activities that are aimed to reach a wide audience: those who suffered, or are suffering now, or might be suffering from violence. Although, the last one is hardly true. Prevention in our country have not become the norm, because it is more convenient to act according to the saying, “It can happen to all but not to me.”

However, there is still a question: did it cover all the groups that suffer from all kinds of violence? Those people who face double and, sometimes, triple discrimination? Those personalities who, as they may think, cannot lose, or, moreover, they cannot win. Those who deep in their souls strive to change the centennial patriarchal, socially unjust and xenophobic structure of society of XXI century. It is not difficult to guess that it is about Roma woman.

It is true, that the Roma camps began to gradually be opened to the outside world, but the overwhelming number of activists, who are ready for change, are men.

Roma women are willing to change; maybe they are the drivers of these changes. But mostly it happens in the kitchen. Women are traditionally at home, or, to be more specific, in the shade. But this is only one visible aspect of the case. In reality, Roma women face double and sometimes triple discrimination in any community. Factors listed below, put a woman in a humiliated position where she is discriminated both from the side of her community (usually patriarchal and gerontocratic) and from the side of the Ukrainian society that does not fully perceive her.

• Justification of child marriage, using the traditional way of life of Roma
• Gender inequalities in all aspects of public life
• Poverty in social life
• National and regional policy of ignoring the Roma issue
• Anti-Romanism as one derived from xenophobia
• Critically low level of education among Roma women in the Transcarpathian region.

Through the combination of all these factors, the only thing left for a Roma girl to bear and to keep silent. The sooner, the better.

According to the answer No. 01-23/04 on 22.12.2014 from the Work and Social Protection Department in Mukachevo to information inquiry of the Charitable fund “Progress”, in 2014 380 of 550 women in Mukachevo, that received help when being pregnant and at childbirth, are Roma women. The situation with the low-income families is the same. The most part of the families from Mukachevo, that received help, were the Roma ones – 218 of 402. The worst thing is, that among them, there are 40 under-aged women who haven`t reached 18 years. That is in Mukachevo alone.

In 2014 the Human Rights Fund “Progress” held the public monitoring of implementation of the Action Plan of the “Strategy of protection and integration the Roma national minority into the Ukrainian society for period up to 2020” in Transcarpathian and Volyn regions. Monitoring, held in 6 regions, showed, that more than 40% of Roma population have no personal documents (birth certificates and passports), that is why the real number of girls, that gave birth before they reached 18 years, is not easy to calculate.

At the same time, to solve the issue of Roma teen pregnancy, it must be taken seriously. The teen pregnancy becomes an obstacle on a way of implementation of each Roma woman rights in whole, and her self-realization particularly. The early pregnancy is a sign of poverty, incapability in solving one’s problems, overall pressure from the side of community and state. However, early marriages and pregnancy become obstacles not only for Roma girls. Some number of boys, future fathers, stops their education to get a low-paid job, to earn for their future families’ living.
Because of gender stereotypes and traditional living of the Roma community, that makes decisions for the girl concerning her future, child marriages become “first link” to giving birth to a child, that leaves for the girl no right for choice or self-realization. Because of early pregnancy and childbirth the future of a little girl is endangered. Absence of education and often broken health leaves her live in poverty without rights.

Secondly, there is a breach of right for education. Becoming an “incubator” for making kids, the Roma girl leaves school and in 90% of cases will never get back there. Along with the breach of child’s right for education and self-realization, there are economical problems. The girls without education do jobs that are not paid, so they demand social support from the state. These are the payments without incomes for the state; that leads to economical breakdown. The state cannot see, that implementing a gender balance, improvement of educational level, professional education is economically profitable.

Not even paying attention on stereotypes about women in whole, and xenophobia and stereotypes about the Roma women particularly, this is a timeless closed circle of poverty, because the Roma girls follow examples of their mothers. There are some girls, trying to get rid of the double discrimination and get to the way of conscious self-realization. But there are just few ones. So they need to be supported, involved into education by means of some educational actions along with other girls, both educated Roma ones, and other girls and women, who can share their experience to motivate young non-educated girls to changes in their life.

It is undisputable, that the education (formal, and, especially, informal) is the only way to get Roma girls prepared for life and work, to lift their self-appreciation and status in family and community. Because of education girls will be able to influence the decisions that concern both their life and the life of the community.

The most important thing is, that education will lessen the number of child marriages along with precocious pregnancy; guaranty the gender parity; improve economical situation in region. The international experience shows, that the highest level of social life is in countries where the gender equality is reality and not just a strategy.
Thirdly, the right of Roma girls for health is abused through the absence of information about reproductive health, safe sex. This problem is addition to the previous one. Actually, there must be classes devoted to that topic in schools on a rolling basis. But according to our monitoring, the most Roma teenage girls do not go to school after the age of 12, the reasons are mentioned above. That is way they cannot get information about right to protect their health. Moreover, they have no idea how to use this right.

Creating a resource center, in which seminars and training with involving professionals from medical and educational institutions will be held, in informal environment that will help Roma women and girls to learn how to use and guarantee their rights. Girls with even school level education are a mighty power, both for them and the whole society. The education is the only thing that can ruin stereotypes and traditions of violence in society.

The constant work will lead to irrevocable social changes in the Roma community. All the actions are aimed to positive changes of the cultural norms and gender values. We think that only the long-lasting preventive and educational program will help Roma to integrate into Ukrainian society. This is the daily work, aimed to explanative actions and supporting the informal education of Roma, that may lead to system changes and break the circle of the age-old poverty.