Romani Caves in Spain (The story of the Roma) 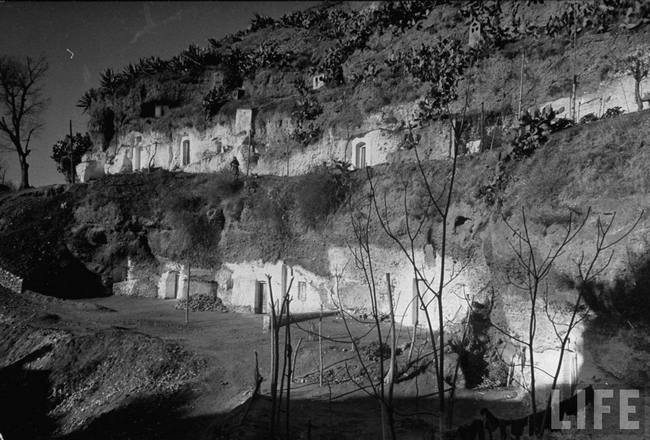 On the basis of materials of “The Gypsises of Andalusia; Yeaterday and today” by Ana Ruiz

Roma emigrated from the Punjab region (North India) about 1000 years ago and arrived in Spain in the 15th century. Theirs tribes mainly settled in Barcelona, in the north and east of Andalusia. At that time, while some were nomadic, others lived in the Roma neighborhoods.

With stunning views of the province of Granada, large Romani families lived in the caves, which were whitewashed inside and outside for better reflect of light. Separate rooms in caves create an image of quaint cottages on the hill slopes. Kitchens decorated with copper utensils, rooms with black-and-white photos became a place for the happy life for the Roma until beginning of the floods and, as a result, the subsequent evacuation in 1960. Before it, the number of Romani caves reduced significantly. Because of it, many Roma have not been able to return to their homes. Therefore, since 1990, the region gradually began to develop for tourism.

Today, we are not going to present to you the bare facts about the Roma history. We will go wandering with Anna Ruiz, who saw the unique phenomenon – the cave where Roma lived, live and will live. Roma, known in Spain as «gitanos» made their living by farming, blacksmithing, horse-trading. Some of them tell fortunes.

“My first encounter with a Gypsy was quite interesting. During one afternoon while I was happily strolling through the charming shops along the enchanting Alcaicería marketplace in historic Granada, I was suddenly approached by a seasoned Gypsy woman. She was obviously under the impression that I was a tourist unaware that I am a native of Spain. The Gitana was wearing a typical bright red and white flowing polka-dot skirt and an equally colorful flower in her long black hair. “Morena,” (brunette) she said in a raspy voice, “déjame leer tu mano”, (let me read your hand.)” After listening about her, Ana decided to thank putting in her hand coins. But the Roma woman refused to take it and said that the coins bring bad luck.

Fortune-tellers can be found inside the cave. This photo depicts a fortune teller Carmen Maia, who holds the hand of a famous photographer Dmitri Kessel and says what she sees. 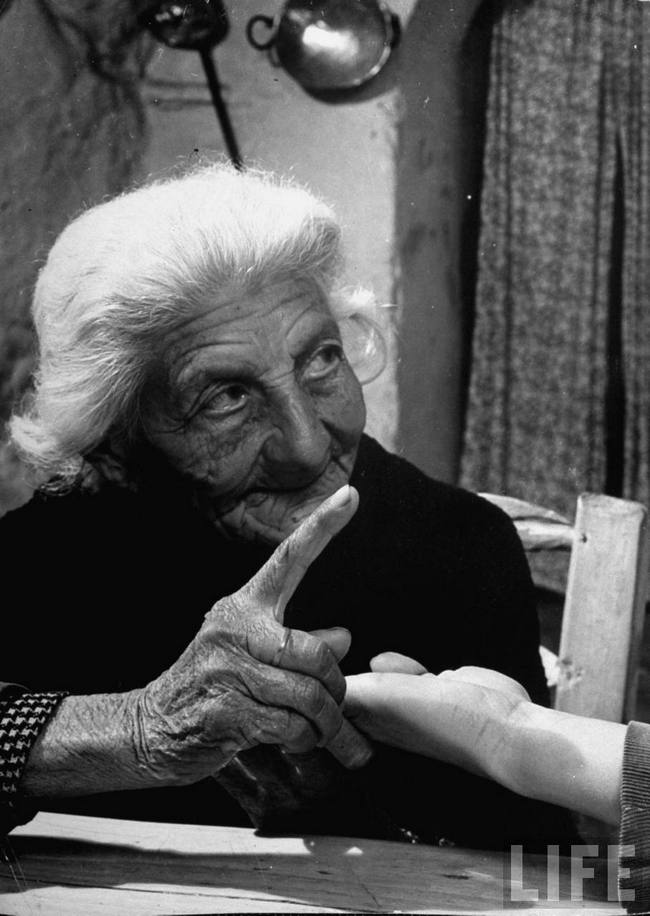 Roma in Spain have always loved music and dancing. This passion and creative way of showing it, led to the appearance of a unique art – flamenco. Gitanos brought their musical style from India to Spain.

In the province of Granada the Roma live in caves on the hill of Sacromonte, which hangs over the Arab quarter, also known as Albayzín. This Romani neighborhood was home to Roma since their arrival – more than 500 years. The caves on the slopes are comfortable for their inhabitants, because they are equipped with clean water and electricity.

Every evening, there are concerts of classical and modern flamenco for tourists. These shows are known as Zambras. The interior is decorated with photographs that show historical memory of flamenco, as well as numerous copper vessels that are attached to the whitewashed walls. Circular room are filled with chairs for spectators, while singers and dancers perform for the audience in the center.

Bright, colorful and interesting music, songs and dances continued for about an hour. At the end of the show, the artists urge the audience to flamenco lesson. “I did not expect it to be me [to accompany the dancer], but she began to strut towards me, took my hand, and pulled me up to dance with her. As a dance teacher, I was slightly familiar with the basics of Flamenco, and was able to follow her, manipulating my skirt and all. This memorable experience will remain as one of my most treasured memories; the day I danced with the Gypsies of Spain!”

Roma live throughout Spain; however, most of them live in Andalusia – more than 300 000. Since 1996, every year on November 22, they celebrate the Roma Day of Andalusia.

If you will have the opportunity to visit this wonderful Romani area, you will see that this experience will be unforgettable for you. Enjoy impromptu flamenco performances on the Spanish streets, or visit the caves of Granada to feel their uniqueness and the aura of mystery Roma soul.