Romanian Royal Dynasty (The story of the Roma) 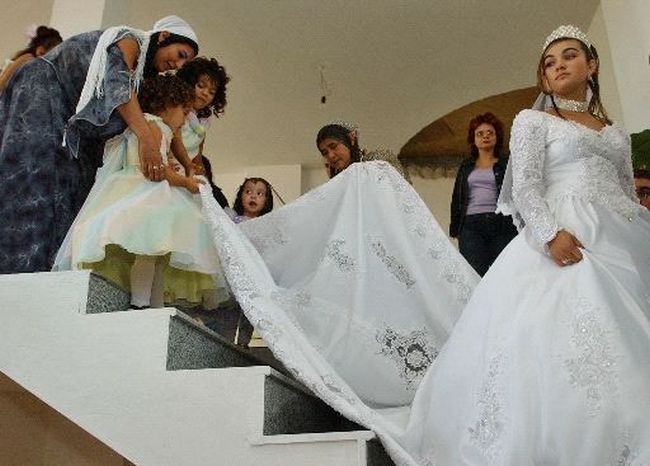 According to official statistics, Romania has the largest number of Roma in Europe – more than 620,000. But is difficult to indicate the real number of the Roma population, because many do not want to declare themselves as “roma” because of the high level of discrimination.

The Cioaba family is a royal dynasty that reigned in the Roma community over half of a century. In the 1960s, Ion Cioaba, the first of the royal family, tried to integrate the Roma into society, not only at national, but also at the international level. He founded the Romani Union, which later collapsed due to different visions among members about the development of the Romani community. In the early 90’s of twentieth century, Roma expressed their desire to the king to protect their rights at all levels. He was called “Bulibasha” – the King of the Roma. In September 1992, an official coronation took place in a monastery of Ion as the King of the Roma. 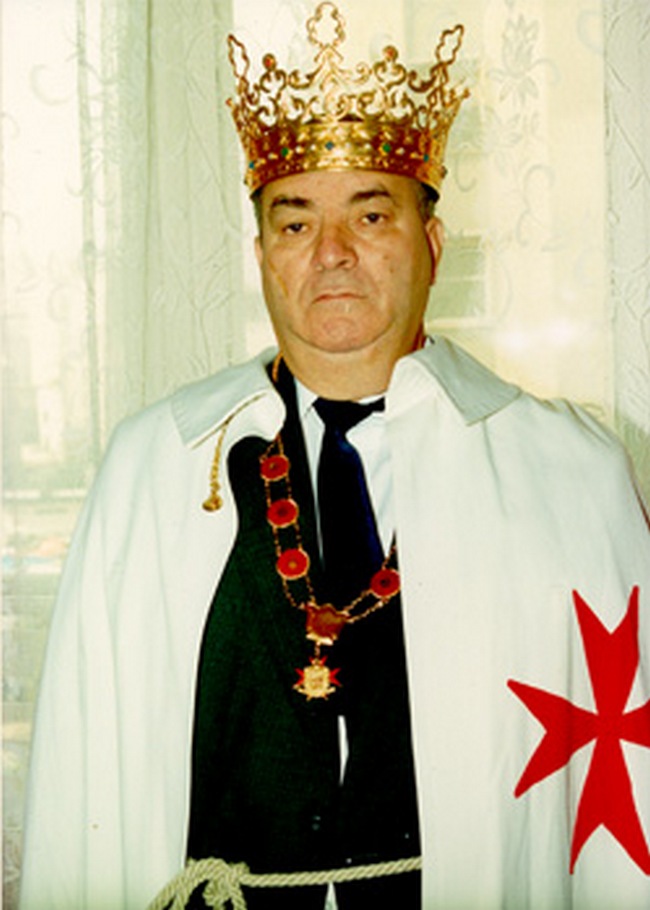 In 1997, after the Ion’s death, his son Florin became the King. His views on the development of the Roma community changed during his life. In an interview for Cafebabel , he noted that his goal is to preserve the old traditions and customs of the Roma, including the concept of early marriages among the Roma community. However, with time, he changed his view, calling on Roma not to marry in their teens. The purpose of his life was the unification of the Roma into a single structure, with common views. Because after the collapse of the Romani Union, there appeared more than 250 organizations in Romania that represented the Roma. 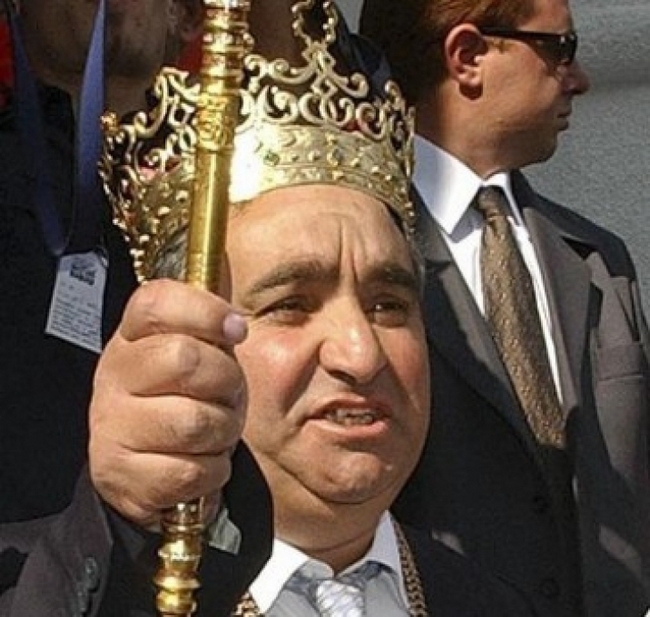 Successor to the royal dynasty became Dorin Cioaba, who calls himself the king of the Roma all over the world, and his younger brother, Daniel – King of the Romanian Roma. The Dorin’s coronation took place right at the funeral of his father Florin. There, his mother Marita, was near her husband’s coffin and her elder son Dorin was wearing a golden crown. 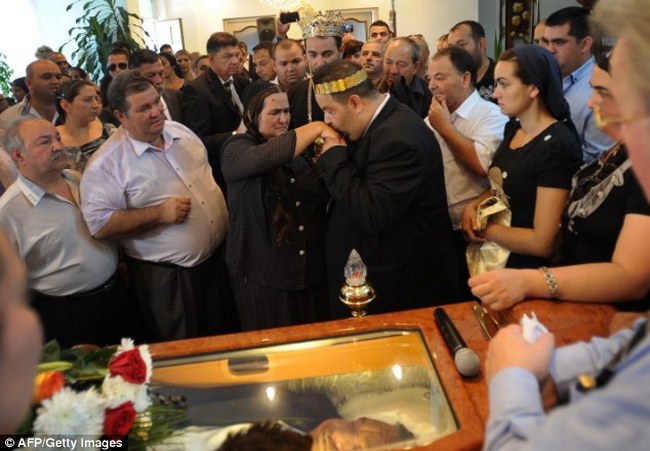 The Queen Marita crowns her sons Daniel and Dorin. Source

Dorin grew up in a small town called Sibiu. He said that is not so easy to reign, yet Roma are freedom-loving people and they respect their King. The king has a law degree, because he wants to protect his “undesirable” people around the world.

Dorin cares about the historical memory of the Roma and liability issues associated with it. Therefore, one of the most important cases, what the new king decided – was a call to the German government about compensation for the 80,000 Roma victims who suffered from the Nazi authorities during the Second World War.

Child marriage is another problem that concerns the king. In an interview for Channel4 he said that marriage at 14 years is a tradition for Roma: “My wife was even younger. But it’s a tradition that I’m trying to ban. I keep trying to implement what my father started – raising the age for marriage to 16 or 17 years. I must admit that until now, the Roma children are getting married at 10 and 12 years”.

The prohibition of child marriage – is a kind of credo for Dorin. Despite the fact that he married young, he remembered the story when his 12-year-old sister was married to the 15 year-old boy despite the ban of the Strasbourg Court. He, like most progressive Roma believe that they need to preserve their own traditions, but not this one. 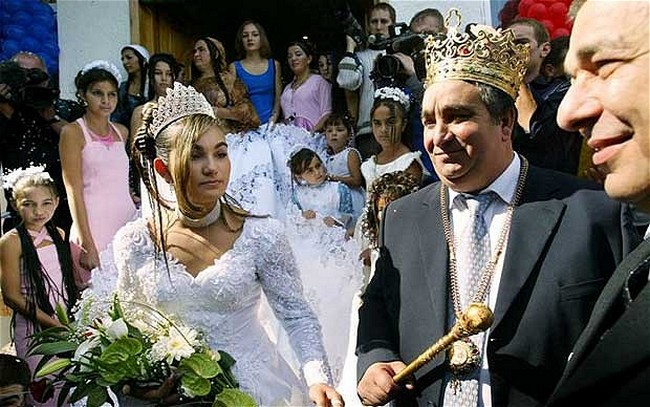 The wedding of Dorain’s sister. Source

He is sensitive to the criminal acts committed by certain members of the Roma community, and, he said the following in an interview with Channel 4: “Many Roma migrate around the world in search of a better life. This also applies to the representatives of other nationalities. I believe that if, for example, Roma came to work honestly, and they have an official approval, the people and local authorities should do everything to facilitate and assist them. Give the Roma a chance! If they have committed a crime – then they should be immediately deported, and judged by the law”.

Assuming that Roma commit crimes because they are like this by nature is the most absurd of all the stereotypes that are associated with them. It must be recognized as a reality that there are Roma traditions and customs, which are transmitted over the centuries. Sometimes you have to take the path of compromise if you want to achieve the goal of stability. In 2011, Romania has gone to such a move. That year was established the first formal Romani court Stabor, which was headed by Dorin Cioaba. According to him, this is not a parallel judicial system – it is part of Roma tradition. In an interview for Balkan Insight , he said: “We are here for the mediation of various conflicts that occur within our community. We try not to judge them, we want them to reconcile”. 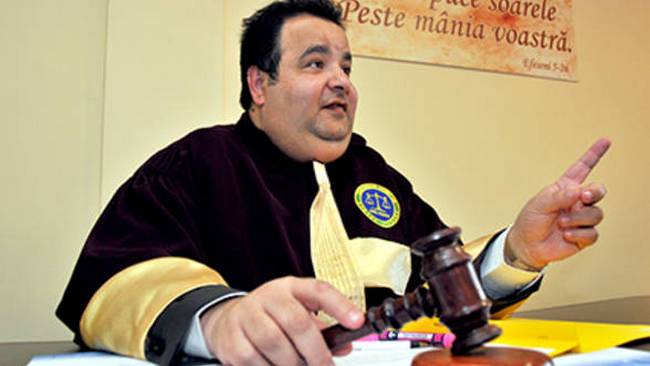 The structure of the court includes the chairman and seven members who, at the first meeting, considered the case of two Roma who could not share the legacy of their mother. The purpose of this trial was to resolve disputes within the Roma community. In the Romanian court, Roma should be handled only when it is impossible to solve the problem by mediation.

Today, Dorin is the President of the oldest Roma organization – International Roma organizationwhich not only protects the Roma rights, but also develops more and more new projects calling to improve the lives of the Roma community.