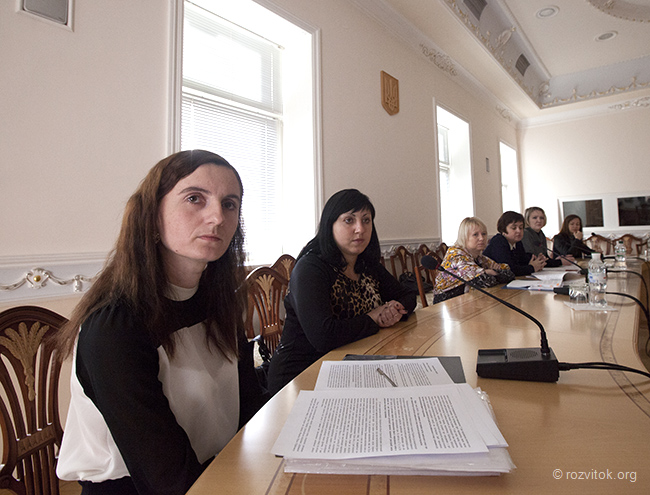 The purpose of the meeting was to discuss ways to solve the problem of the lack of passport documents and birth certificates in the Roma community.

Complicated and difficult procedure of registration of identification documents only complicates the desire of the Roma to get the documents that give them the right to exercise all the socio-economic rights (to health care, employment, to social assistance and pensions), including the right of children to education. Without the birth certificates for child, it is impossible to go to school. The contradictory and imperfect Ukrainian legislation only reinforces the disintegration of the Roma national minority and artificially creates conditions for the separation of one’s own (citizens of Ukraine), and strangers (Roma), thereby simply preserves them in their camps. 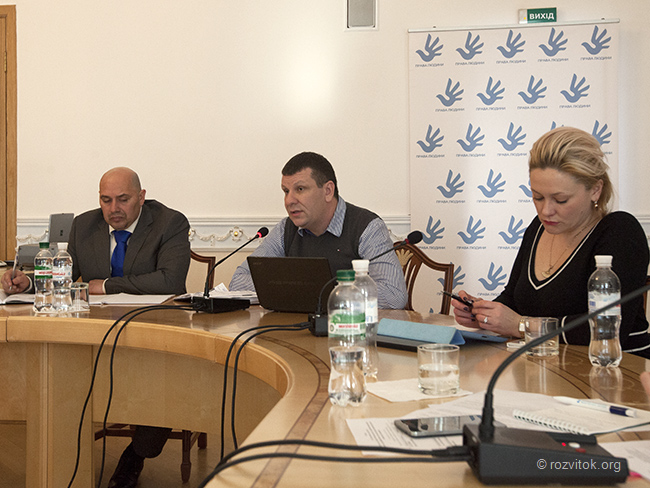 During the lively discussion, which was led by the lawyers of Mukachevo Human Rights Center, Oleg Grigoriev and Iryna Lysnychka, who told the government representatives about the complicated cases with which they had been operating for more than a year, as well as presented the analysis and developed legislative changes, which will simplify the procedure of obtaining the personal documents by representatives of the Roma national minority. Representatives of the State Registration Service saw that as a personal insult and tried to challenge all the differences in the legislation, insisting on the fact that we have almost perfect legislation relating to obtaining personal documents and rejected all of the proposed changes to the legislation. The fact that lawyers of the Mukachevo Human Rights Center had been making a birth certificate for a person for a whole year, after going through all courts and had won the case in the Mukachevo district court, Transcarpathian District Administrative Court, which last ordered Mukachevo registrar office to register the fact of birth on the basis of a court decision and issue a birth certificate to 26 year-old man than acknowledged that the registrar actions did not meet the requirements of the law, which always referred to the meeting of the representatives of the state registration service, did not make any impression on them.

Igor Brinosh, the lawyer of the Odessa regional organization of the All-Ukrainian “Committee of Voters of Ukraine” NGO, which has long been working with stateless persons, spoke about the practice of other states on the establishment of a simplified passport issuance system for representatives of national minorities and offered to analyze foreign experience and learn from the best practices of the European States.

Summing up the meeting, Olga Zhmurko, director of the “Roma of Ukraine” program of the IF “Renaissance” noted that there is no unified approach to the issue of obtaining passports for the Roma people now, so we must act consolidated, holding legal education campaign among the Roma, and, at the same time, to carry out explanatory work among workers of local authorities, in particular with representatives of the judicial authorities and the local registry offices.