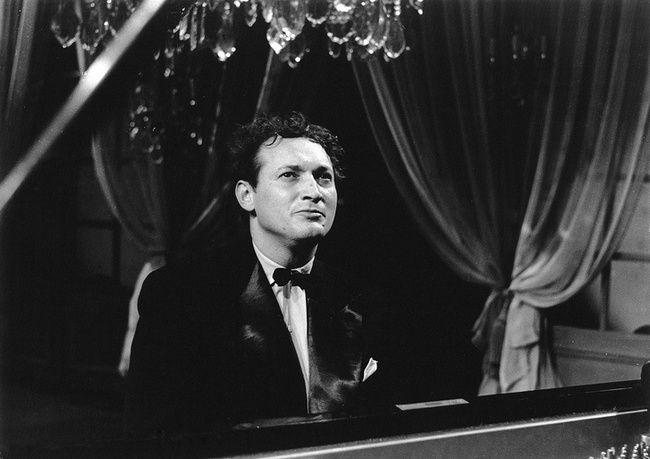 A remarkable prodigy, Gyorgy Cziffra received tuition from his father, and by the age of five was improvising in public. His family was extremely poor and performances at the local circus benefited the family income. Fortunately, at the age of nine Cziffra entered the Franz Liszt Academy in Budapest studying with Ernő Dohnányi. By the age of twelve Cziffra was again performing in public, giving concerts in many of Hungary’s principal cities. In 1937 he played in Holland and Scandinavia but was conscripted into the army in the autumn of 1942. His unbearable treatment is chronicled in his autobiography Cannons and Flowers. Worse was to follow when he was captured and taken prisoner. Of this period he wrote, ‘Looking back from afar over that period of my life, I can take a more balanced view of the ravages of that hideous cancer of the mind which grew perniciously until it almost transformed me into a living corpse.’ The privations were intolerable, but worse was the fact that Cziffra did not see a piano for this whole nightmare period of his life. 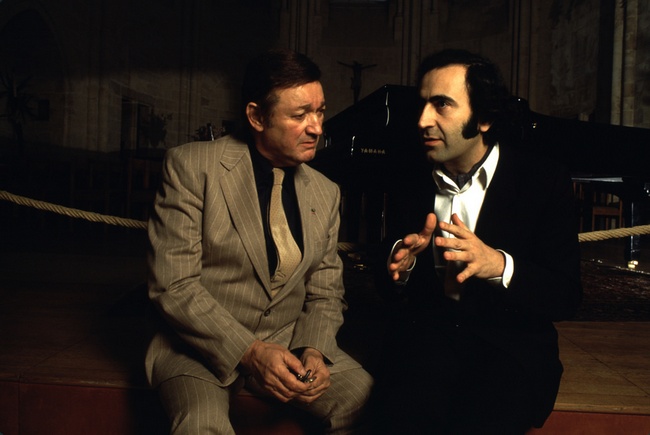 By 1950 Cziffra and his family decided to leave Hungary for better prospects in the West, but his plan was discovered and he was again imprisoned, this time for his political beliefs. Amazingly, he survived three years of heavy manual labour, separated both from his family and the piano. In 1953 he was released and again began playing. Two years later he won the Franz Liszt International Piano Competition in Budapest and the following year Cziffra and his family escaped to Vienna where he gave a concert in November 1956. A few weeks later he was causing a sensation in Paris and London, almost overnight becoming a celebrity.

Gyorgy Cziffra in 1965 with his son at the concert Source

Cziffra settled with his family in France, eventually taking French citizenship and changing his name to Georges. He began the restoration of the organ of the Abbey of La Chaise-Dieu in the Auvergne, later founding a festival there, and set up the Cziffra Foundation, the main aim of which was to restore the Chapelle Royale de Saint-Frambourg at Senlis and support young artists. In 1973 Cziffra bought the Chapelle with his own money and created the Franz Liszt auditorium, financing this by undertaking a long series of concerts. In 1969 at Versailles Cziffra organised an international piano competition bearing his name and from 1986 he gave classes in advanced piano playing at Senlis. Toward the end of his career he gave few concerts, perhaps only six or seven a year, devoting his time to the Foundation; although in 1984 he played in Los Angeles, San Francisco and Toronto. A final tragedy in Cziffra’s life was the death of his son György (1942–1981) who was killed in a fire. Father and son had performed and recorded many times together as György junior was a conductor. 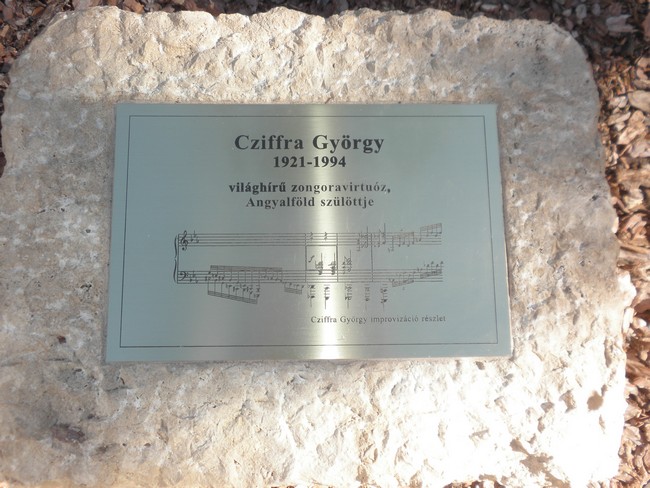 Interesting is the fact that the documentary «The Art of Piano – Great Pianists of 20th Century» (1999), an episode dedicated to Cziffra.