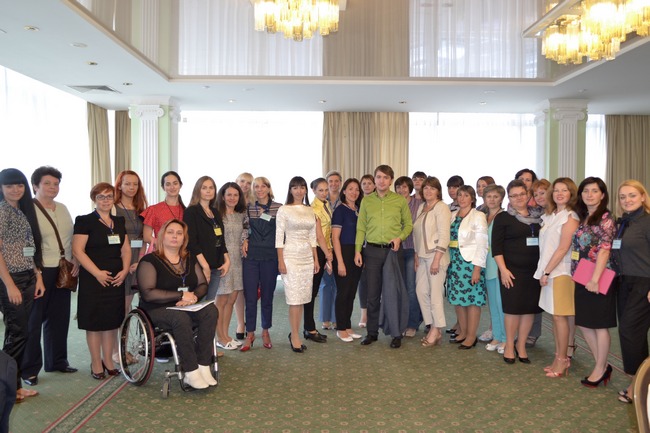 Participants of the Women’s Leadership Academy

During 25-27 of September, in the capital, a unique project has started. Women’s Leadership Academy from among 300 candidates united in its ranks 30 best from all over Ukraine. From Mukachevo Human Rights Center, Iryna Myroniuk was present.

The Director of Ukrainian Women’s Fund, Olesia Bondar warmly welcomed the participants and wished productive work. Elena Ena, the manager of the program “Women leaders” opened the work of the Academy with conversation about women’s leadership in social and political life of Ukraine.

After introduction the participants began the first day of training sessions, conducted by Olga Peskov. On this day, the participants discussed the issue of leadership in terms of dynamic changes, and how to coordinate the team to work effectively. Olga Peskov charged with energy all women so much, that each of us felt leader in own business.

For lunch, was a visit of deputy of Parliament, Oksana Prodan, who told the story of her woman’s success, and had an important dialogue with participants.

The next day started with the interactive work of Andrew and Veronica Kruglashov with participants on advocacy and electoral campaigns. Veronica presented extremely interesting information on working with new media. Participants were intensively included in the work with the coaches that concluded the training, which ended with branding theme. Some of the participants presented their new brands, and experienced trainers corrected them and provided quality advice.

In the afternoon, participants worked with a known expert in gender issues Larissa Kobelianska, who discussed important questions about gender in all spheres of public life. Although there were gathered active women, it was evident that many of them need to hear more courses on gender issues with aim to avoid discriminatory lexicon and some other errors.

In the evening, the Academy considered issues of fundraising with Elena Lukaniuk. The women taught how to attract others to their work and how to work with donors. Moreover, the participators were asked to complete the project application, and try to win a grant for their project during the “role-play”. 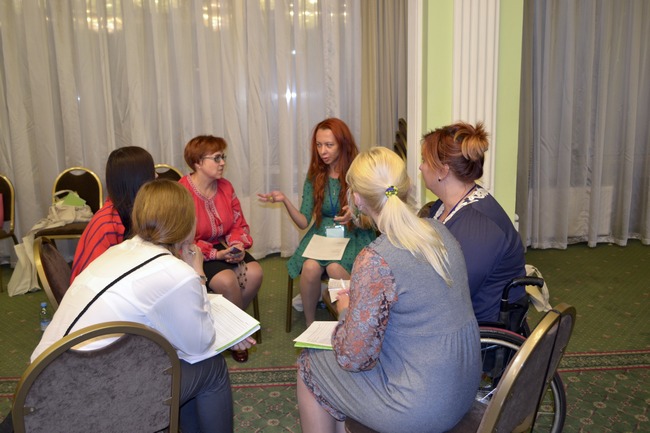 On the final day of the Academy, participants worked with Alexander Solontaj and Victoria Babenko, who focused on the principles of local governments and matters of personal branding. Especially pleasing was the interactive exercise of Victoria Babenko, who through role play, taught women some possible variants of the interview and how to react in that case.

Organizational issues were solved by Oksana Kvitka, which has become a real helper and counselor for participants during all working days. She said that the Academy will work for at least another six months. During this time, participants will engage in goal-setting, remote training on various subjects and direct training. Training will be conducted in different institutions, for example, in city councils, public organizations and political parties. With these objectives will help the individual mentors, offered for women by the organizers of the Academy.

The next stage of the training sessions will be held during 4-6 of December, 2015.