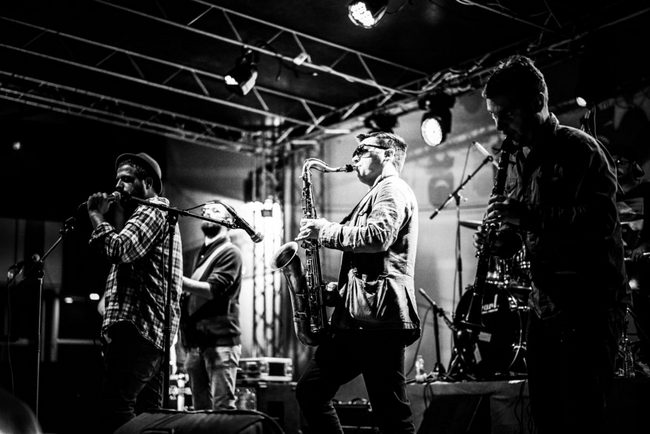 In publications for Thomson Reuters Foundation Morgan Meaker tells, that after the war in Kosovo in 1998-1999, discrimination of Roma got new others features.

As a child, Kafu had no idea he was Roma. Growing up in Gjakova, western Kosovo, he was called “gypsy” everywhere he went.

Kafu only discovered what the word Roma meant when he was in his 20s. Now 30, he is part of a growing movement that is using music to challenge negative perceptions of the Roma community in Kosovo.

As the front man of the band Gipsy Groove, Kafu has shaken off his own experiences of discrimination to focus on healing the divides between Roma, Albanian and Serb communities in the Balkans. 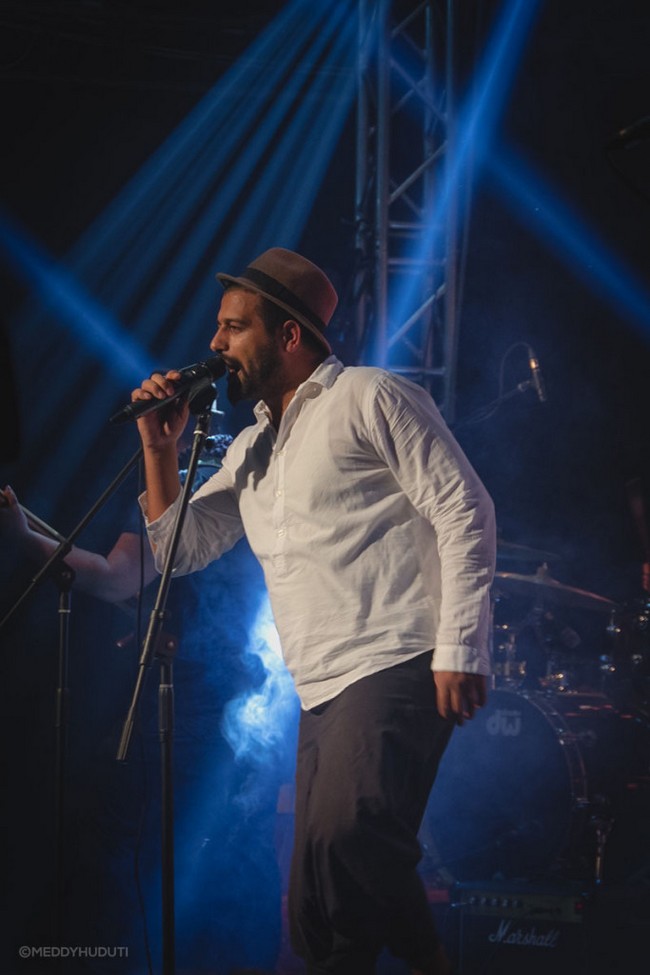 The band has six members, a mixture of Albanian, Turkish and Roma musicians. Together they blend traditional Roma music with jazz, punk and reggae.

“As a band, we’re not just doing music because we love it, but as a political statement. We want to bring the people together,” Kafu told the Thomson Reuters Foundation during an interview in a bar in Pristina, Kosovo’s capital.

Although the Roma community suffers discrimination throughout Europe, in Kosovo – where Roma make up 0.5 percent of the population, according to the CIA World Factbook – there is another dimension to prejudice, a legacy of the country’s 1998-99 war for independence. 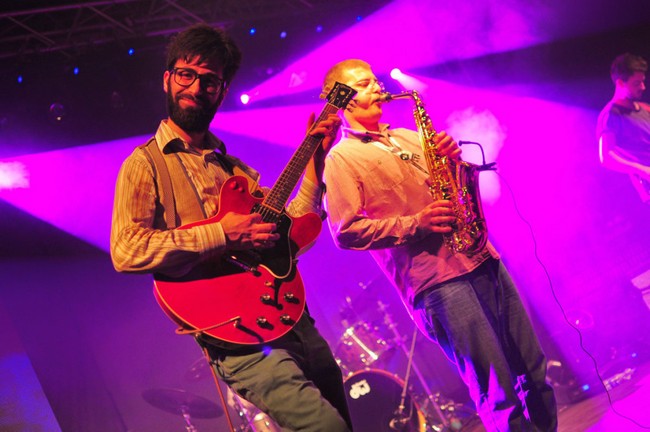 During the conflict, Roma were torn between the two sides, the Albanians and the Serbs. Kafu lost family members to both. But after the war, the idea spread that Roma communities had sided with the minority Serbs.
For years after the war, Roma in Kosovo faced intimidation and attacks by members of the country’s ethnic Albanian majority.

“They (Albanians) would come into our home to check we hadn’t stolen anything,” says Kafu. “My father was paralysed in one of these attacks. But still I cannot hate people.”

It took years for the anti-Roma violence to subside. Today, distrust lingers and the Roma in Kosovo still suffer chronic poverty, widespread discrimination and an unemployment rate of over 90 percent.
In its 2016 world report in January, Human Rights Watch criticised Kosovo’s treatment of minorities, blaming “a lack of political will, funds and cooperation between central and municipal authorities” for their marginalisation.

Gipsy Groove’s song lyrics reflect the outsider status of the country’s Roma population. In one song, ‘Run Away’, Kafu sings: “To beg for crumbs to the beat of your drum, but not be invited to the dance, in the end you are just the gypsy.”

Kafu believes that Gipsy Groove’s concerts are the first time Roma songs have been played in public since the war. In the five years since the band formed, it has already succeeded in changing people’s perceptions of the Roma community.

“They’re amazing, just amazing,” said 19-year-old Albanian student Plator Gashi, who said he had been to every Gipsy Groove gig in Pristina. “They’ve made many people see that Roma are just like us; ordinary people.”

In January, another group of Roma musicians, the Jimmy Mustafa Band, released their first album on iTunes, with all 10 songs written in the Romany language. 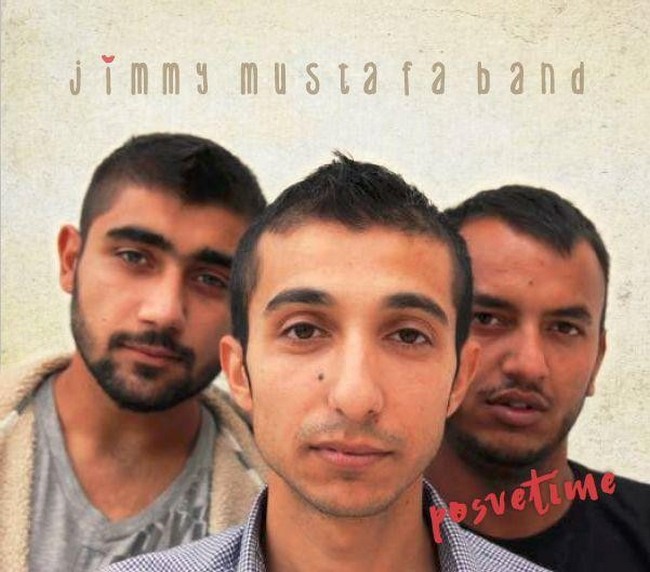 Guitarist Jimmy Mustafa, singer Ersad Bunjaku and drummer Isak Osmani – all in their 20s – grew up together in Plemetina, a Kosovo village where a camp was set up in 1999 to shelter the Roma and other minorities displaced during or after the war.

“We don’t do regular Roma music,” said Mustafa, who writes the band’s music and lyrics. “We want to give something new to people. We combine Roma folk with a little bit of pop and rap. We are still experimenting.”

To make the album, the band received funding from the Hotel Graçanica, where they play every Sunday, and the Swiss Embassy, which has a budget to support minority groups. 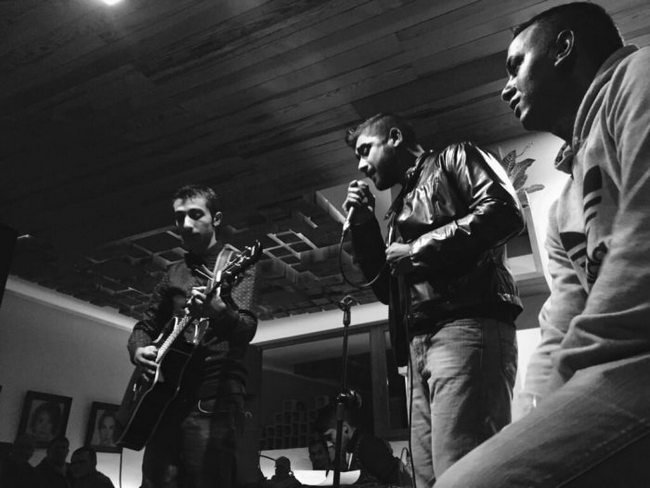 «Cultural activities can unite people of different backgrounds and challenge negative stereotypes», said Anita Schlüchter-Roth, the embassy’s deputy head of mission, although it is just “one part of the puzzle».

For Mustafa, it’s important that the music carries a message. “Our track, ‘Robert’, is about the discrimination; about unemployment; about how Serbs and Albanians get jobs and Roma people don’t. We want to raise awareness.”

Like many in Kosovo, Kafu is frustrated by the way his country’s politicians have failed to heal ethnic divides.
But he believes a nation is defined by its culture, not its politics: “Right now, artistic movements are showing the good side of Kosovo,” he said.

In Transcarpathia jazz ensemble “Pap jazz quartet” has more than 20 years of fighting stereotypes that way. In 1998, Villi Pap Elder organized the first jazz festival in Uzhgorod. It was a remarkable event which has received incredible support, not only in Ukraine, but also international scale. 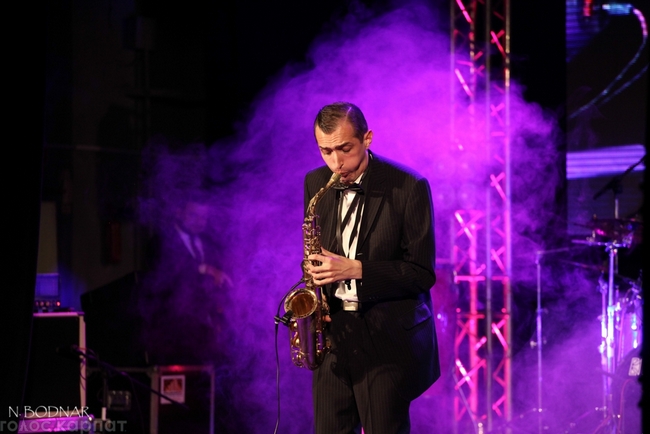 Saxophonist og the “Pap jazz quartet” Edurd Pap says: “First, it is important to preserve our Romani color, namely our culture, traditions and customs. But this is not enough to show our experience and achievements. No wonder, we act not only for the Roma community. Our main message to people is that we are a distinctive part of society that has its own history and culture. We can learn and become successful in society. We try to break the stereotypes that unfortunately prevail in our society.”