Electricity in the Clouds: a Mockery of the Roma? 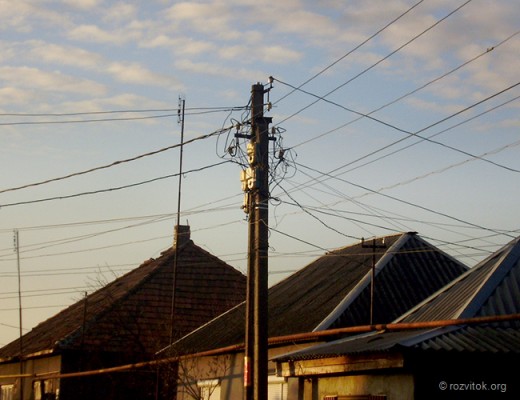 Mukachevo engineering geniuses have a unique invention to combat the theft of electricity: they put in Roma camp counters to eletricity … at a height of 5.7 meters!

In “Zakarpattiaoblenergo” is no secret that these measures are taken to prevent the theft of electricity among the Roma. It is, of course, necessary to deal with loss of production, but it has to be made in lawful framework. Among the residents of the Roma settlement, who live in streets Poperechna, Kanalna, Mendeleev, Rezervna, I. Franko, Trudova where counters climbed to pillars, there are many honest taxpayers. Despite this, they are in fact equated to thieves. The friends who live near them and watch the counters in the clouds may think that the thief lives here. 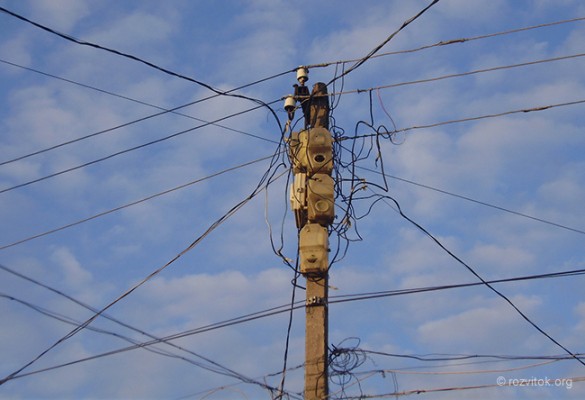 The original question to one of the disabled man, who tried to appeal to master of electricity, was: “How can I see the indicator?!” The answer was: “As necessary, the lift will come.” In fact, even climb the pole is prohibited by the Rules of using of electricity. And really, how the indicators are taken? Can you trust controller?

With these questions to the lawyers of Mukachevo Human Rights Center applied the inhabitants of the Roma settlement who live on the above mentioned streets; since several years on these streets the counters were illegally installed on electric poles at a height of more than 5 meters from the floor, and this is a significant violation of the law. In addition, every month they receive receipt on payment of specified sums of money which are overrated.

The relationships between energy suppliers and domestic consumers in terms of installation and operation of settlement metering devices are governed by the Law of Ukraine “On Electric Power Industry”, Law of Ukraine “On metrology and metrological activity”, Rules of using electricity for the population, Rules for Electrical Installation, Rules of safe operation of electrical consumers, the State Register measuring instruments.

After all, according to paragraph 5.1.29 of the Rules for Electrical Installation height from floor to clamp meter box should be within 0, 8-1, 7 m. Allowed height is less than 0.8 m but not less than 0.4 m.

Article 6 of the Law of Ukraine “On Principles of Prevention and Combating Discrimination in Ukraine” determined that under the Constitution of Ukraine, the generally recognized principles and norms of international law and international treaties of Ukraine all persons regardless of their specific characteristics have equal rights and freedoms and equal opportunities for their implementation. Therefore, representatives of the Roma minority should not be restricted in their rights. 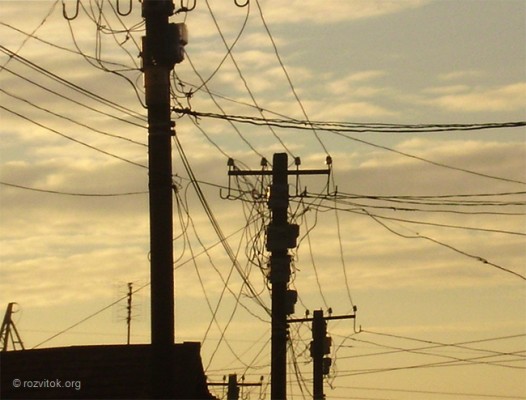 Lawyers of the Mukachevo Human Rights Center prepared a statement to the elimination of Mukachevo REM inconvenience in the use of electrical power; MREM provided an answer that works for reinstalling counters on the above streets will be held in September – October 2014. To our complaint Mukachevo prosecutors also send replies.

However, for 05.12.2014 was further violated the rights of citizens: Counters for use of electricity are now on pillars at the same height; workers MREM demand a significant amount of money each month.

It is clear that monopoly will exist, but no pains, no gains. Therefore, human rights activists are preparing a petition to the court.