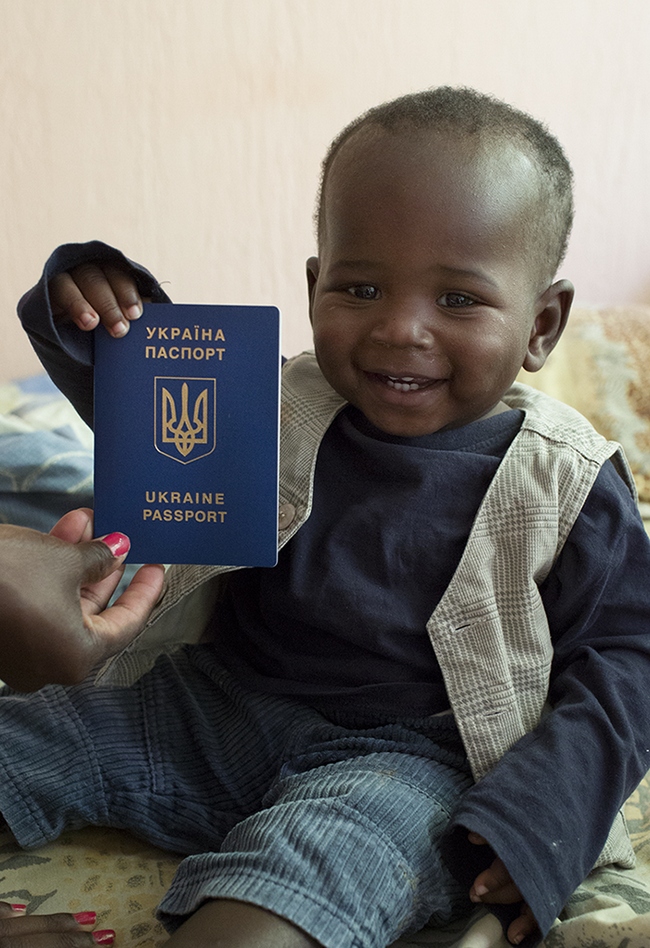 The problem of 23-year-old dark-skinned woman Asi from Sierra Leone became known through the “racist incident” that occurred in July 2015 in Uzhhorod. On the one hand, she was victim to the xenophobic attitudes of Uzhhorod residents; on the other hand, she experienced derogatory and rude attitudes of the local police that should have protected her from aggressive residents.

Asi came to Ukraine because of the difficult political situation in her country. Now, she and her child are staying at a temporary accommodation at the centre for refugees (TACR) in Perechyn.

For a long time, the young woman did not know that she had the right to social security. Under the Ukrainian law, foreigners who stay on the territory of Ukraine and require additional protection have rights to education and social protection. 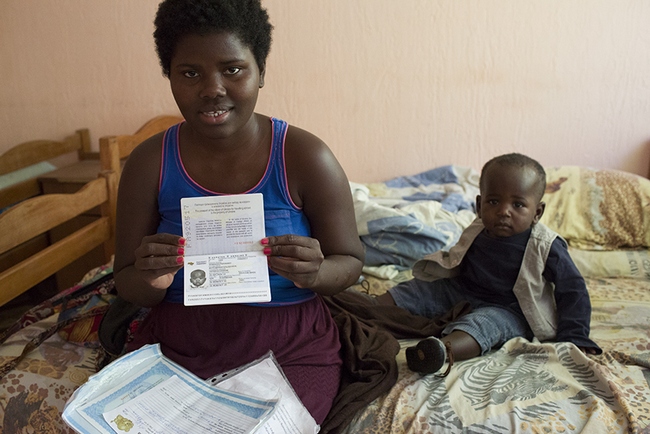 Unfortunately, no social worker or other specialist who works with foreigners helped the young mother, even by providing information. Therefore, Asi with her small son had to go begging for food and money on streets of Uzhhorod.
The Ombudsperson’s Regional Coordinator in the Transcarpathian region Oleg Grigoryev promptly reacted to the situation and contributed to collecting necessary documents to restore the woman’s right to child benefit payments from the state.

The documents were sent to the Department of Labour and Social Welfare and the State Migration Service in the Transcarpathian region. As a result, after six weeks, the young mother was assigned a monthly allowance and paid a lump sum of 20,000 hryvnia. In addition, her 10-month-old son Volodymyr was registered as a Ukrainian citizen and issued the passport for traveling abroad.

“It is necessary to carry out systematic work for successful social adaptation of refugees and foreigners staying on the territory of Ukraine. In the temporary stay of refugees in Perechyn this work is almost not carried out. It is not surprising that Asi in the last 10 months has never been addressed by the competent social workers and employees to work with foreigners in TACR for registration of social care at birth. According to the Law of Ukraine “On social assistance to families with children” social security should be received in form of social benefits at birth to foreigners staying in Ukraine, “- Oleg Grigoryev said.