So What Is Romani Music? 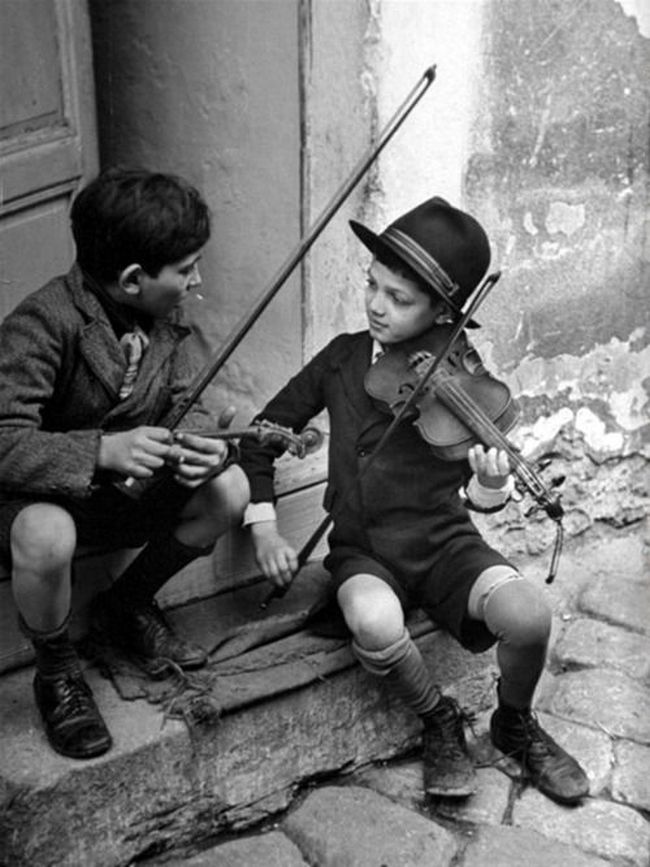 The very divergent styles performed, historically shaped and constantly reshaped by Romanies include flamenco, jazz Manouche, Russian “romances,” Balkan (not to mention Middle Eastern) music, Hungarian czardas, as well as fusions with jazz, hip hop, Western art music and numerous national “folk” genres. There is no “Roma scale,” rhythmic pattern, or harmonic structure that unites them all, and these musical styles often have less in common with each other than they do with the music of a given geographic region (e.g., “Hungarian Romani” vs. “Spanish Gitano” music).

Roma are perhaps best known for their musical contributions. There are numerous historical references to Rom musicians holding royalty in thrall with their virtuousic renditions of local music, and among the common people of Eastern Europe the Roma has been the player of choice for most traditional celebrations.

Some experts hold the position that true Rom music must be that which the Roma play for themselves, sung in Romanes (The Rom language). But there are also those who say that there is no such thing as pure Rom music, because it has all been some kind of adaptation to a host culture…and yet other experts say that on the contrary, there is a distinctive musical style which can always be associated with a Rom player.

Why, then, is the term “Roma music” so compelling to audiences, record stores, and to Romani people themselves? One answer lies in the ways Romani musicians tend to transform even the styles whose origins they had little or nothing to do with. This may be similar to the ways in which African-American artists worked with European styles when developing jazz. Virtuosity, rhythmic interest, tempo changes, altered scale degrees and more complex harmonic structure are among the elements that Roma and Sinti (German Romanies) often add to existing music. 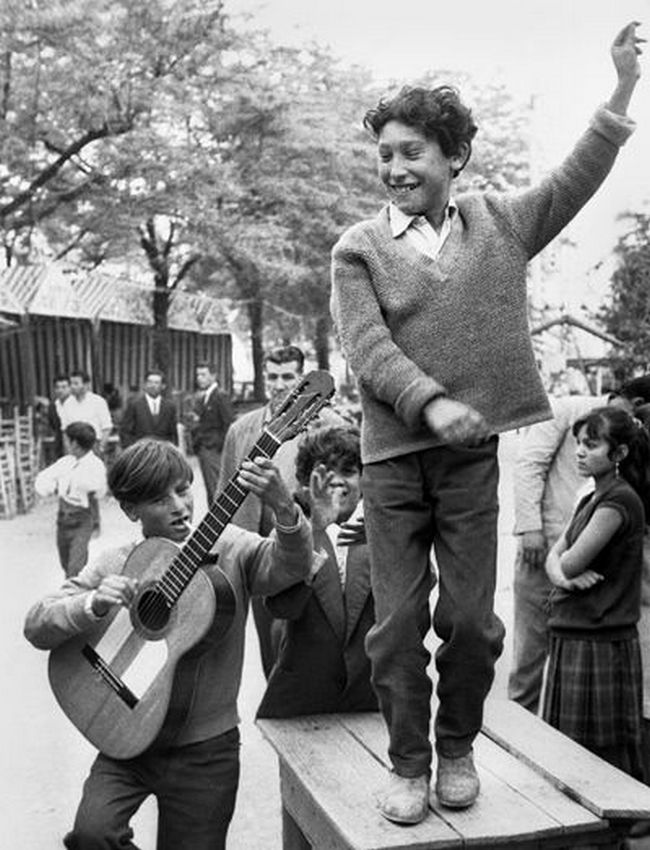 The tunes have been kept alive by oral tradition, and this is the reason for the existence of many variant. Romani musicians have been criticized a practice that has been common in the life of Europeans in the Heartland. From the middle of the nineteenth century onwards, in the capitals and in various country towns, a handful of the élite, with ‘literate’ cultural pretensions, gradually developed a musical life comparable with that of Western-European cities. But it was a minority compared with the mass of the nation. Even at the end of the nineteenth century, the musical life of the majority lagged behind their general culture and wore the insignia of unlettered oral tradition. When, about 1900, a great surge of interest in folksong and folk music occurred, most incorrectly regarded the widely diffused popular music current at the time as the folk-tradition.

The Romani folk and folksongs

The Romani do not have a ―common musical language and ―common melodic treasury. Romani folk music does exist but it is generally different in each country, and displays many features in common with local folk music. It is in a Transylvanian Hungarian music manuscript, the Kájoni Codex, dating from the middle of the seventeenth century, that can be found two songs in Romani language, the first to be written down together with text in Hungary and possibly in the whole world. The first deliberate collector of Romani folksongs in Hungary was Antal Hermann at the of the nineteenth century. In 1940, the young brothers Imre and Sándor Csenki set about collecting methodologically Romani folksongs.

There are two characteristic basic type of Romani folksongs: the slow song ( in Romani lokid’ili) and the dance song (khelimaske s’ili). The principal special feature of the slow song is the free-rhythm style of performance. The dance songs are mainly sung by the Romani for their dances. The main characteristics of the dance song the way they are performed. Although these songs have an intelligible text, the singers often perform the melody not with text but with the pergetés (rolling) technique consisting of meaningless syllables. The dance song which is sung and ―rolled by a solo singer is accompanied by the others with szájbőgőzés (literally ―mouth bass-playing) which consists of sharply pronounced, short, exclamation-like syllables or they make trumpeting sounds formed by the lips or blowing into the hands. Clapping and tapping with the fingers are also common in performance of the dance song. Romani music characteristically has vocals that tend to be soulful and declamatory, and the music often incorporates prominent glissandi (slides) between notes. 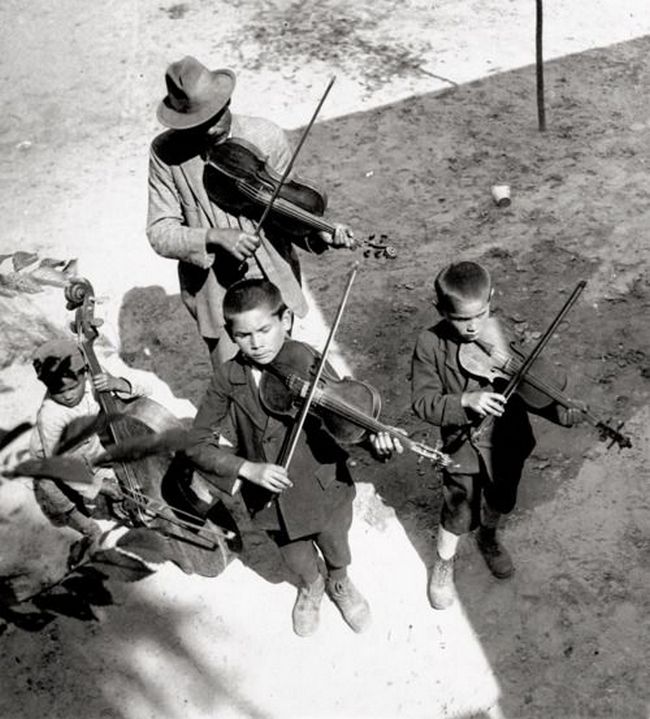 Perhaps the most important and influential of all Roma musicians in this century was Django Reinhardt, a Sinto. (In France these are also known as “Manouche.”) It is not an exaggeration to say that Reinhardt transformed the guitar’s role in jazz. His collaborations with violinist Stephane Grapelli in the Hot Club of France produced some of the most elegant and enduring jazz of the time, and created an entire genre of music which is still played by the Roma of France, “Roma Jazz.” Although we have no way of knowing what elements of Sinti music Reinhardt incorporated into his special style of jazz, its influence is acknowledged. It is possible that some of the harmonic concepts which were new and startling in his day were borrowings from his Sinti heritage. Django passed away in 1953, and there are still festivals and competitions held currently amongst Roma, in which guitarists of every age exhibit the same steel wristed swing and awesome velocity that were Reinhardt’s trademark. Indeed, any Rom music from France is likely to be “Roma Jazz.” On the world stage, the best known player is Birelli Lagrene.

Flamenco music is probably Europe’s most famous folk music, and though many Spaniards may tell you that flamenco is NOT solely a Roma invention, their contribution is so formidable, that they have become synonymous with it. The Caló (or Gitanos) have produced some of the finest flamenco artists, notably Carmen Amaya, Camaròn de la Isla and lot of others.

The popularity of the Gipsy Kings gives them the distinction of being the most famous Roma in the world today. The band is made up of the sons and nephews of Jose Reyes, the great singer who collaborated for many years with Manitas de Plata. They have taken the impassioned vocals and driving guitars of flamenco, thrown in a healthy dash of rumba, and created a highly accessable and sellable product in the pop flamenco tradition. 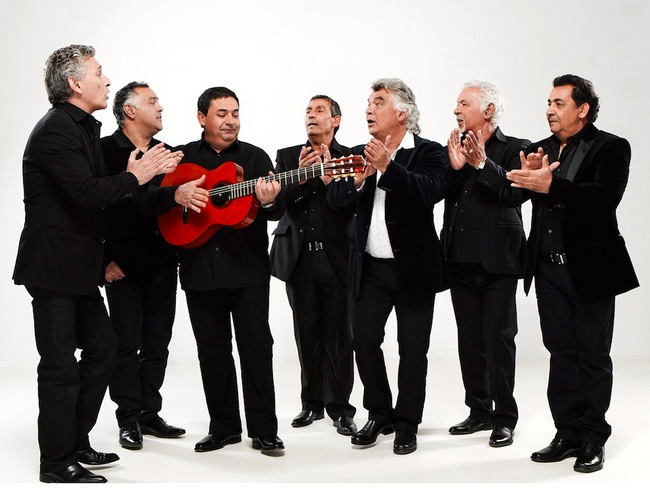 Although female children are encouraged to sing and dance, once they are of marrying age most Rom women are expected to be mothers and wives exclusively. A few have managed to carve out careers for themselves. Of these, the great diva of Roma music and the one who has gained the most widespread fame is the Macedonian Esma Redzepova. For more than 50 years, Redzepova has flourished as a performer and recording artist, despite political upheaval and prejudice against Roma, to use the more acceptable term. In whoops, warbles and whispers, she sings about Roma culture, life’s disappointments and especially unrequited love. In “Chaje Shukarije,” she sings, “Beautiful girl, don’t go in front of me, turn to me, see me, and when you’ll see me try to love me.”

In Hungary, Roma is a famous by Roma Philharmonic Orchestra or “100 violins”. Now their leader is Nandor Farkas. It’s interesting, that the orchestra plays without music notes and no conductor in the usual sense of that word. Each subsequent number conducts one of the first violins. “One hundred violins” during its existence toured in more than 30 countries performing classical and folk tunes. However, the main attention is paid to Roma music. 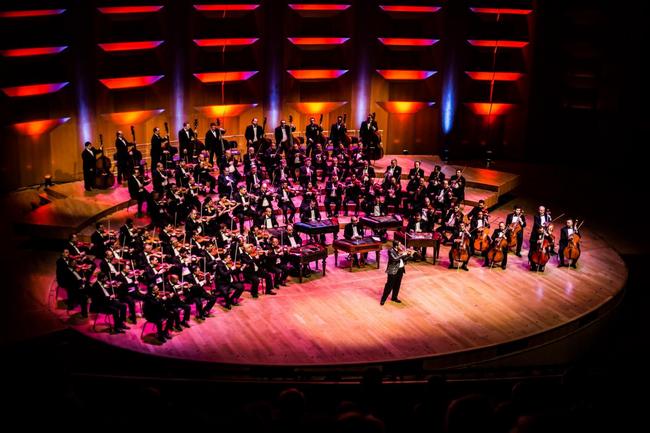 Romanian Roma still play in tarafs (a word of Turkish origin meaning “bands”) and the roma who make a living from music are known as lautari (from the Romanian for “lute.”) Right now though there are many excellent Roma tarafs in Romania, the most well known is the Taraf de Haidouks (Cramworld).

Roma contribution to music in Bulgaria is “Wedding Music”. It was, so to speak, eclectic hybrid that emerged in response to the state music control. Music heard in breathtakingly fast pace! The most famous performer is Ivo Papazov, who plays the clarinet. He oversees a group of «Ivo Papasov Wedding Band». He, along with his team toured the United States. Interestingly, in 2005, he won the audience award from BBC Radio World Music Awards.

Such information can not remain the reader to stay indifferent and who wants to dive into the sea of Romani music. Therefore, we suggest you listen to Roma songs right now by going to the largest catalog of Romani music from around the world