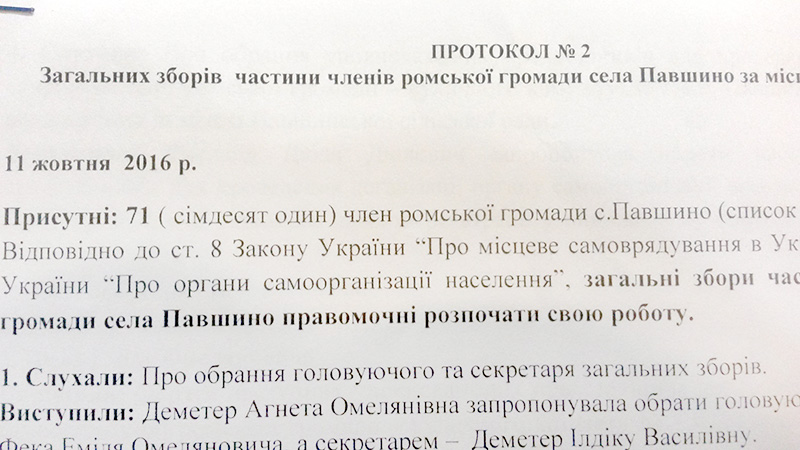 On this week there was held the first general meeting of the inhabitants of Roma settlements in the villages of Velyki Lucky and Pavshino, the main aim of which was to carry out the discussion regarding creation of bodies of self-organization of Roma communities.

The members of the initiative groups have told the residents of the camps about the goals and objectives of the Roma self-government and about new mechanisms of interaction with local authorities and the possibility of raising funds for self-development of Roma camps.

As a result, there was a unanimous decision made to create a body of self-organization of the Roma community in the Roma settlements of Velyki Luchki and Pavshino villages.

During the event the Fund lawyers have provided legal assistance, clarifying the legal aspects of the establishment and registration of body of self-organization and helped the members of initiative groups to prepare protocols of the General Meeting.

The next step will be to present a package of documents to the village council session and the receipt of the decision to grant consent to the creation of a body of self-organization of the Roma community.

PS: The project “Empowering Roma communities of Mukachevo district in decision making at the local level” is implemented by Human Rights Fund “Progress” with the support of Roma program initiative of the International “Renaissance” Foundation.