In all of the Roma groups in the region in question there is one last and most reliable method of establishing the truth in cases where the information gathered is not clear or when statements by witnesses are contradictory. This is the taking of an oath in public (xas sovlax, žas te solaxares, etc.), before the Roma court in a ritualised form with some nuances among individual groups.

In the former Soviet Union the oath is taken before an icon, most often that of St. Nicholas Taumaturgetos (the Miracle Maker) who is considered to be the patron saint of the Roma in this vast territory. The taking of an oath is an event which takes place where the Roma court is held, before a household icon or a church icon. In Romania and Bulgaria, the Czech Republic, Slovakia and Hungary the oath is taken in a church, most often before the icon of the Virgin, in Romania and Bulgaria often in the presence of a priest. The group of Šanxajci or Kitajcurja from Odessa (former Kelderari from Odessa, who lived in China for several decades) take the oath before an icon and it is obligatory that this shall be done in front of a burning fire. In Bulgaria in many cases the Kardaraši (from the Njamci subgroup) take the oath near a monastery and/or near a river, as it is thought that the strongest oath is sworn in still water or a swamp, and it is good if there is an old bridge, sometimes stepping into the water, sometimes nude from the waist downwards. In Bulgaria in particular, the oath is taken over a cross, smeared with fat – it is thought that this is the strongest oath; in Romanian Dobrudzha the strongest oath is taken on sheep suet. In Bulgaria the oath is most recently taken on two wooden sticks in the shape of a cross with two cigarettes placed over the cross (the cigarette symbolizing tar, i.e. fire). After the oath the person who has taken it has to smoke the cigarettes in public. In Transylvania “the oath is made on the cross, water, earth and fire holding a lit candle”. The Krimurja in Russia and Ukraine, who are Muslim, can take the oath in the yard of a mosque, however the oath is more often taken over a loaf of bread. The Muslim Roma from Bulgaria take the oath over a loaf of bread too and Muslim Roma from Kosovo often take the oath on the holy Koran. Each oath across the whole region finishes with an enumeration of the severe consequences which would befall them in the event of perjury. Generally speaking, all Roma groups believe that perjuring oneself while the taking the oath will lead to all kinds of misfortunes in the near future. Since the taking of an oath is an extremely serious instrument in ascertaining the truth, nothing can be disputed after an oath is taken and the final decision of the Roma court is made. 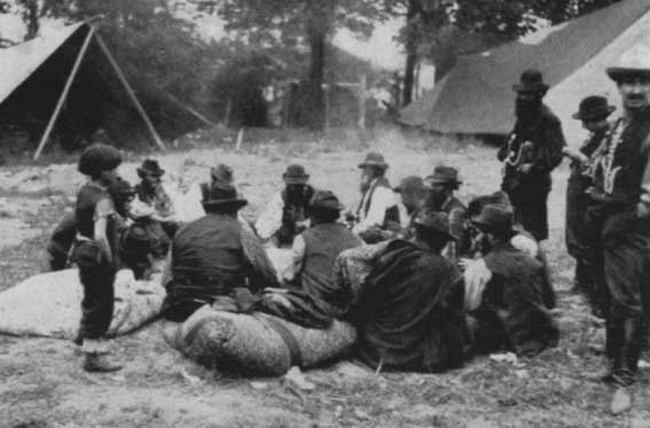 The decision arrived at by consensus is something which cannot be ignored, as this would be seen not only as exceptionally disrespectful towards authoritative people in the community, but also towards the Roma community as a whole. The inevitable and unavoidable punishment for such behaviour would be the forced expulsion from the community. This is also the main motivation for people to obey the rules – no one wishes to be an outcast from their community, or from their immediate circle, which for a Rom is the equivalent of social death.

Classification of the cases heard before the Roma court

Cases heard before the Roma court can be divided into a number of basic categories. This classification is not absolute and in practice these categories cannot be clearly outlined. Yet such a formalised classification helps to understand the essence of the phenomenon.

1) Disputes concerning economic interests
These are the most frequent disputes which are settled by the Roma court in all Roma groups. Both today and in their nomadic past these court settlements have varied greatly. They include a broad sphere of economic and commercial activities, which is to be expected considering the exceptional flexibility of the Roma (especially the groups under question here) in search of niches where there is a potential for gain. Thus, the Roma court could be convened in connection with encroachments into the economic market, unfair competition, undercutting, poaching, unpaid debts, etc. Indeed, these were the main reasons for convening the Roma court in the nomadic past, only the types of economic activities have changed.

2) Disputes related to family
A variety of cases fall under this category in which cases chiefly deal with relations between families who have concluded a marriage – for instance compensation if the bride is not a virgin, trying to find out why she is not a virgin, finding solutions or compensation if after marriage she escapes to her parents or to another man, conflicts between husband and wife, or between daughters and mothers-in-law etc. In these cases the court agreement is about the price which has already been paid for the daughter-in-law – should it be returned, what amount, and should there be some form of compensation for moral losses, etc.

Generally, Roma groups in the countries of the former Soviet Union rarely turn to a Roma court on such occasions, their aim is to settle matters within the two extended families and not to bring the issue before the community. The court is more often summoned in such cases among the Kelderari and the Lovari because they have the custom of paying a price for a bride, but only within the group. However, among Roma groups in Bulgaria and Romania court settlements on such occasions are a regular phenomenon (about half of the cases). Probably the main factor for explaining these differences is the fact that arranged marriages involving paying a price for a bride among Roma groups in Bulgaria and Romania are customary, while among Roma in the former Soviet Union such payments are comparatively rare – they are customary only among theKrimurja, and in a more or less oblique form among Kelderari and Lovari, and generally is absent among the rest of the groups.

3) Moral and ethical disputes
The calling of the Roma court on such moral issues can be found all over the regions that were investigated, however in general it is rare. Several variants are possible. In principle, cooperation with the authorities is sufficient reason for a court examination of the case, which is especially strongly underlined by Roma groups living in the countries of the former USSR. Yet for practical purposes, the Roma court is convened with such accusations only when people are affected or above all when specific economic interests are at stake. During Roma court hearings not only the fact of the cooperation itself is discussed, but also its consequences – e.g. economic losses to a specific member of the community who initiates the court hearing. Thus the formulation of such inadmissibility is left on a rather “ideological” level, while in life things are, as always, much more complicated. The court is convened more often in cases of conflict or situations where someone’s prestige or name has suffered, as prestige and name for these Roma are seen as exceptionally important things. Often cases concerning moral questions go hand in hand with those regarding family relations.

4) Problems concerning the entire community (or parts thereof)
The calling of the Roma court on such occasions is considered possible by all Roma groups, yet for practical purposes this is exceptionally rare. Such cases recently happened in Russia when the Roma court, startled by cases of drug addiction among young Roma, locally ordered a ban on the sale of drugs, which was a reflection on the community itself. An interesting variation on the idea of the Roma court for resolving problems of an entire Roma community was the proposal by a well-known Roma leader in Moscow to summon a sxodka with respected people from all Roma groups, in order to elect the appropriate leaders of the Roma movement and Roma civic organisation. 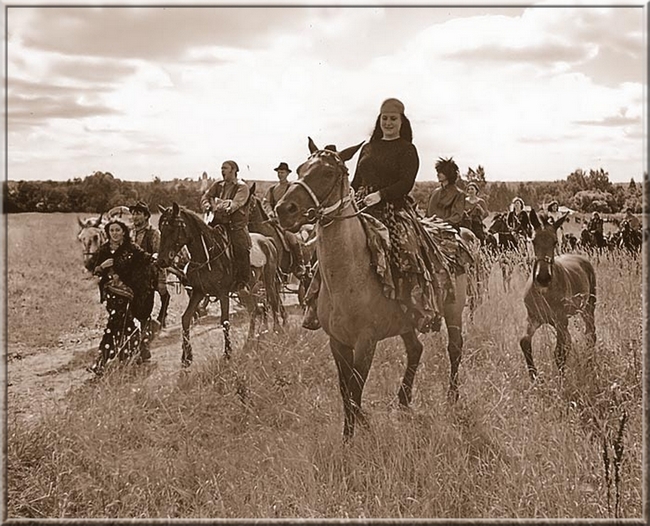 Importance and perspectives of the Roma court

The Roma Court has played an exceptional part in the lives of many Roma groups living in the region of central, eastern and south-eastern Europe. The presence (or absence) of a Roma court is a clear marker differentiating Roma from the remaining settled Roma communities and from the surrounding population. This is also expressed by the Roma themselves where the institution is based. The Roma court is a typical and effective mechanism of their ethno-social organisation; it is an active social regulator, controlling and blocking deviant behaviour in a given community and guaranteeing its sustainability.

Seen from a historical perspective it appears that the presence of a Roma court has become the most reliable means for the preservation of the community’s ethnic identity and ensures the survival of its endogamy. Moreover, the presence of a common Roma court in the countries of the former Soviet Union has contributed to the development of a consciousness of a pan-Romani unity which in this region has a markedly stronger presence than anywhere else in the world. In other words, the Roma court is essentially an active factor in the development of the community.
Despite the old time character of the institution, it too is subject to change. Roma communities, with their own way of life, are predestined to live within an alien macro society; it is only natural that they cannot be completely isolated. In spite of this we could hardly expect the Roma court to disappear, as in many cases it is the only (or at least the most important) core element which consolidates and preserves a given Roma community. Nevertheless, the principle of consensus, which is the underlying concept of the Roma court, is increasingly in contrast with the development of modern civilisation which is built and functions on other principles and norms. Thus, the prospects for the Roma court remain unclear, and to a great degree depend on the perspectives for the overall development of the Roma community.