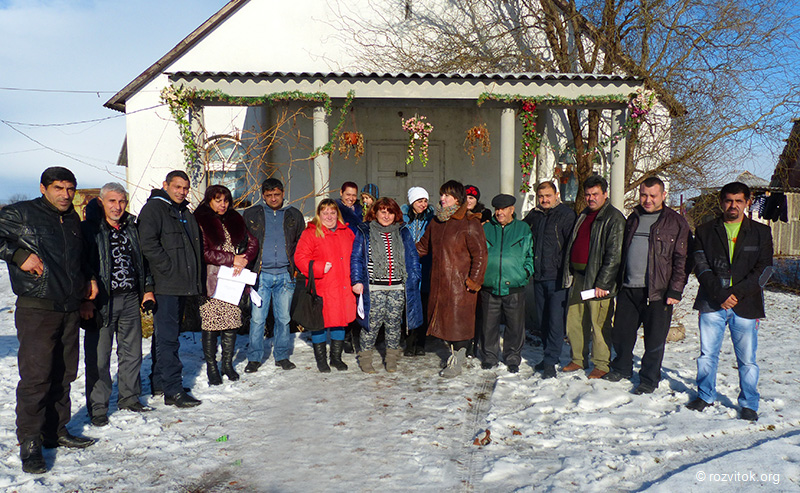 Today, December 30, 2016 on the eve of the start of the new 2017 – the year of the fire rooster, which, based on belief in Chinese horoscope represents continuous movement forward and pursuit to the new things, we are pleased to announce that we have created another three bodies of self-organization of Roma communities in Transcarpathian region.

The three new bodies of Roma self-organization bodies were established in Roma settlements in the villages of Velyki Lucky , Pavshyno a> and and Chomonin .

It took three years of hard work to create the first Roma self-organization body in Ukraine, however, for the three newly created bodies, it took only three months to establish them, It is an incredible experience and success.

In the following year, in order to empower Roma communities in Mukachevo district in their decision-making processes at the local level and to ensure the sustainability of established institutions, we will establish a network between representatives of local authorities and members of the Roma self-government, which will allow us to establish an effective interaction between Roma communities and local authorities , which will set up a permanent dialogue between the decision-making sides in the areas of a vision development of Roma communities with the participation of all sides in this process.

It should be reminded also that the bodies of self-organization of the Roma community are an important part of the local government system. They allow the representatives of the Roma national minority to participate in solving their local issues and to use the powers delegated to them by the local council. In this sense, they are also to some extent the authorities, because they have features in common with local authorities and other public authorities.

A significant advantage of Roma self-organization bodies comparing to the local authorities is that the exact residents of Roma settlements are included in it. The thing is, that people with knowledge of the problems from the inside, with an understanding of what changes are required in settlements are attracted.

We believe that only the active and motivated community members that know how to use the opportunities provided by the state will be able to effectively solve the problems of their society. It will become a role-model and a success story for other Roma communities in Transcarpathia which want to have the alternative way of development of their society.