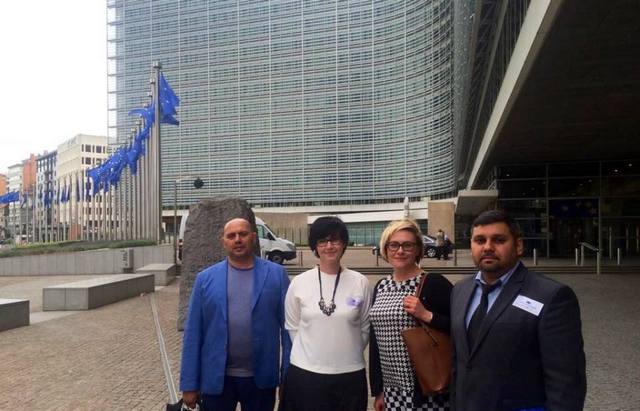 In early July 2015, a delegation of the Ukrainian human rights defenders was in Brussels, at meetings with the representatives of a number of EU institutions. The aim of the visit was the presentation of the results of the public monitoring of the Strategy of protection and integration of the Roma minority into Ukrainian society by 2020, which has been held in Ukraine with the support of the International “Renaissance” Foundation.
The Ukrainian delegation included the director of the Roma program initiative of the International “Renaissance” Foundation Olga Zhmurko, the chairman of the Coalition of Roma NGOs “Strategy – 2020” Vladimir Condur (Odessa), the project coordinator of the Fund “Progress” Nataliia Kozyr (Mukachevo), the head of the NGO “Romani Cherkhen” Miroslav Horvat (Uzhgorod).
Human rights defenders met with the heads of several departments of the EU institutions, particularly European External Affairs Service – Eastern Partnership Directorate and the Directorate of Human Rights and Democracy.
According to the Head of Political, Press and Information Officer of the European Commission to Ukraine Dirk Schuebel, in the present difficult times for Ukraine, the rights of minorities, including the Roma, in any case cannot be forgotten:
– Our task is to constantly remind of the subject of minorities rights and control performance of obligations of the state, – Dirk Schuebel said.
Olga Zhmurko presented the current situation of the status of implementation of the Action Plan of the Cabinet of Ministers of Ukraine on Roma strategy and stressed the need to find additional resources to strengthen the institutional capacity of the agencies responsible for the implementation of the state policy towards Roma in Ukraine.
During the dialogue, Vladimir Condur said that between different groups of Roma in Ukraine the unity in the efforts was reached. In the future, it will enable to more actively influence on the Ukrainian government for improving the lives of Roma. 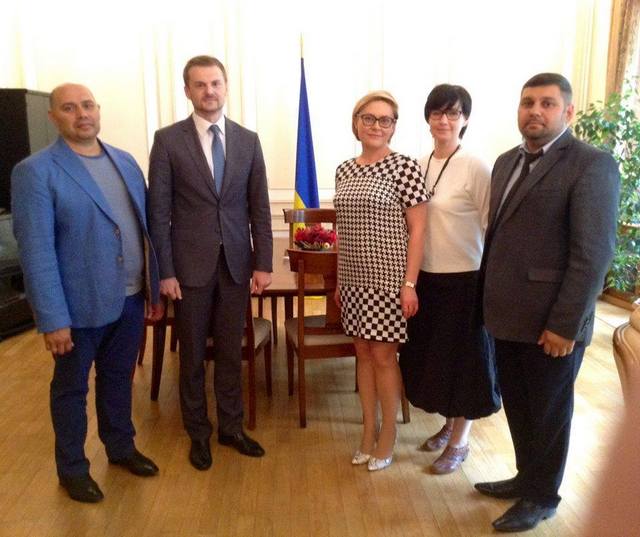 In turn, Natalia Kozyr said:
– Currently, we need to establish a constructive and effective dialogue between Roma communities and authorities. It is only common work; in particular, the development of the local programs for Roma can improve the efficiency of public policies on the questions about that minority and really improve the situation of the Roma in society.
Myroslav Horvat emphasized the need of active involvement of the Roma community leaders to the political process at the national and local levels:

– It is important to create the right conditions to Roma with the higher education, who need to have the opportunity to work in the executive branch and local government, to be elected to the councils at various levels in the field.

* European Commission is the unique institution of the European Union, which has no analogues in the national systems. European Commission as the EU executive, although in reality it has limited powers and opportunities to implement EU policies. Specifically, the role of the Commission is reflected in the informal name “motor of European integration.” And not only because with its powers of the first pillar it has almost the exclusive right of legislative initiative, but also because of its history, structure, culture and rather European than national outlook. In addition, the Commission supervises the agreements so that they are not breached and traditionally protects the interests of small Member States.

According to the information Legalspace