When Nobody Cares About You… 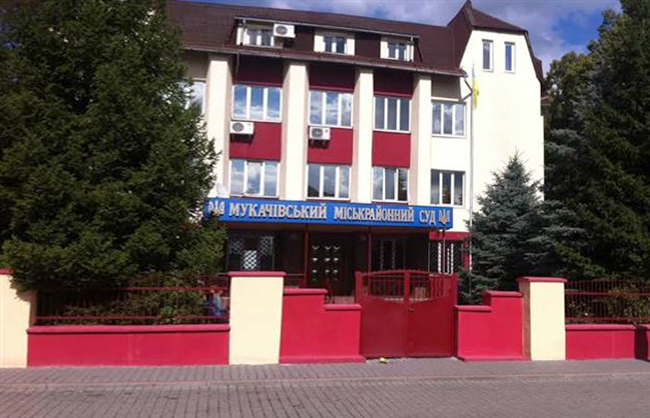 The Mukachevo Human Rights Center was able to bring home for a sick woman, expelled from home by own son.

Unnatural relationships when the closest people are the worst enemies, unfortunately, are not so rare. But even worse when heavy diseased mother get a knife in the back from her own son and instead of support in hard time, he is casting out her on the street.

It is such a horrible situation the staff of Mukachevo Human Rights Center faced, when they were asked for help from a local resident Liudmila Molnar. Terminally ill for a number of diseases (palliative patient) woman was driven into the street by own son, who uses her long-term absence due to getting her away from home.

Unfortunately, the Mukachevo defenders are not able to cure the woman, but, thanks to their participation, we can hope that at least Liudmila will live not at the street, but in her own home.

Liudmila Molnar appealed to the Mukachevo Human Rights Center, when she cannot see another way. Before, she applied with the problem in all possible social protection bodies and law enforcement agencies, but she did not get help.
The woman’s wanderings began about four years ago. Sick for cancer, she held since 2010 prolonged treatment outside the Transcarpathian region. In particular, at the Kharkiv City Clinical Oncology hospital, that was confirmed with the relevant medical records.

And after returning from treatment after a long time, Ms. Molnar found that she became homeless! Found that her own son Andrij, using the long absence of the mother at home, said to Mukachevo district court that she was missing. The statement explained that he more than a year did not see his mother and does not know where she might be. The court found Lyudmila Molnar missing and discharged her from the house.

Since that time and up to appeal to the Mukachevo Human Rights Center began meaningless haunting thresholds. Liudmila appealed for help to the police in the territorial division of the State Migration Service, the City Council, lawyers, advocates, but everywhere she got rejections. Firstly, she had no money to pay for it. Secondly, she lost her passport. Poor woman repeatedly tried to independently apply to the court. However, each time they left the case without movement, because the documents were not designed in accordance with the law, and eventually the statement just returned to the applicant.

By the time Ms. Molnar applied to Mukachevo Human Rights Center, she remained without documents, money (what we can say about the money for medicine?) and lived at the railway station.

In this case, it is clearly regulated by Ukrainian law, so if the relevant authorities showed at least a minimal interest in helping the woman, her rights would be restored immediately after the return to Mukachevo.
Thus, under Part 1 of Article 45 of the Civil Code of Ukraine in case if person who was listed as missing, or if there was obtained information about the place of their residence, the court at the place of residence or the court, which has granted the recognition of missing persons, according to the person or other interested person, cancel the decision on the recognition of an individual missing.

The same is said in the art. 250 of the CPC of Ukraine. That was just enough to almost automatically renew her rights.

First, lawyers of our Centre received card information on the person in police. Then, we prepared statement in Mukachevo City Court against the decision of the court on recognizing Liudmila Molnar missing. In addition, due to the cancer, lack of money even for medical treatment, including property, the lawyers asked the court to release center woman from paying court fees in accordance with Article 8 of the Law of Ukraine “On Court Fee”.

As a result, Mukachevo City Court satisfied those requirements of the plaintiff and Liudmila Molnar was restored in her rights.

To resolve this issue, in fact, was not any need for expensive lawyers, or any complicated procedures or special treatment. Nevertheless, even such a simple problem she could not solve for several years, until she guessed to appeal to human rights defenders.

It’s all the passivity and stereotypes. Unfortunately, anyone hasn’t interest for such palliative patients, including relatives. Therefore, no one cares about their fate. The son’s callousness, indifference of local authorities, desire of advocates to make money cause that person is unable to protect their most basic rights. Add to this the general reluctance to help – even explain to the woman what and how to do, how to properly write an application to the court. It’s just “friendly help” from all, who have exposed the woman to slowly fade in the cold, hunger and hopelessness.

In this case the problem was solved with the active participation of human rights defenders. However, we do not doubt that there are many similar stories in our region and the country in general. Unfortunately, in our society it happens so that if you are not able to defend yourself, then it is not worth to wait for help from somebody. Sometimes even the family does not want to help, as we see in this story. Therefore, such people have to rely perhaps on human rights organizations…

P.S. The project “Development of the stable system of providing primary legal aid to the people in Mukachevo” implemented by the Charitable Fund “Progress” with the support of the UNO Development program, the Ministry of Social Affairs and the Interior of Denmark and the International Fund “Renaissance”.