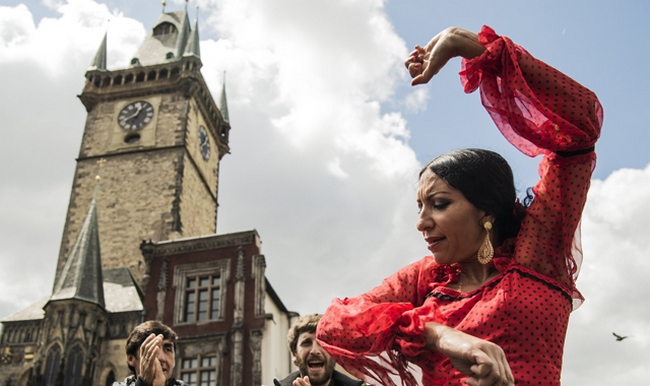 In the Czech capital, Prague, is annually held World Festival of Roma culture «Khamoro». The idea to organize a world Roma festival came into being literally overnight. And it should be noted that it was not initiated by a positive event. Jelena and Džemil Silajdžić, a film producer and a professor of music, left after the tragic breakup of Yugoslavia their native Sarajevo and settled down in Prague. At that time, they organized a big cultural event and invited Czech pop stars as well as a Roma band. Everything went on smoothly until the boys from the Roma band took the floor. Suddenly, the sound system began to fail, with moments of complete silence. The experienced musicians coped with it in their own way and left the stage to join the crowd. Their performance was a huge success despite technical obstacles. Soon it was found out that the problems were caused on purpose by the sound mixer. The Silajdžićs were shocked by such an extreme xenophobia. 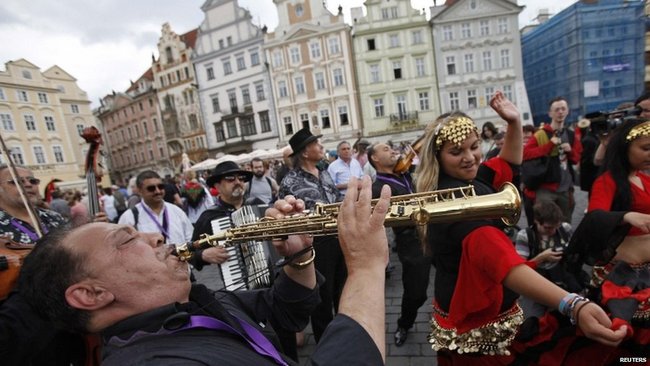 The same night they decided to establish a tradition of a cultural event with a stamp of quality, uniqueness and professionalism – this is how the concept of a World Roma Festival Khamoro came into being. In commemoration of the mentioned Roma band called Khamoro – Sun, as a symbol of something that radiates positive energy, warms up hearts, arouses in people enthusiasm and get them together in their desire for joy and happiness.

The Khamoro Festival in the course of its existence has not focused only on the Roma traditional music but introduced also interpreters of the contemporary Roma music and the world-known gypsy jazz, as it was particularly the mixture of traditional and modern elements and avoidance of stereotype, that the Festival was endowed with by its founders. Namely for this reason, the Festival has never concentrated only on music and dancing as this would foster the deep-rooted preconceptions on the Roma being nothing more than brilliant musicians. The basic concept of the Festival is to present everything that the Roma culture brings to the world, and thus connect people. 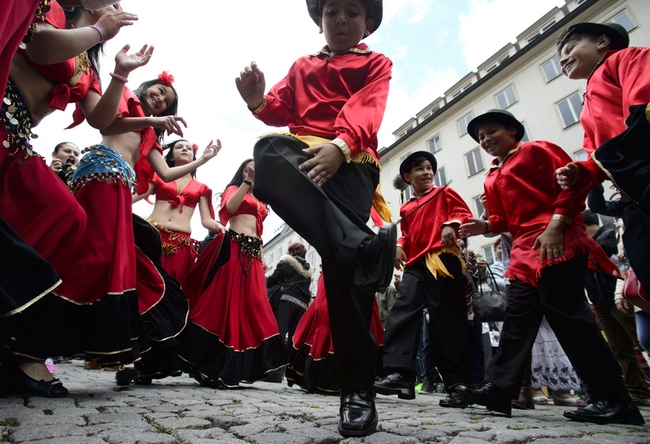 The idea of organizing a professional Roma festival in Prague at the end of the nineties met with a highly favourable response of the then Lord mayor of Prague Jan Kasl and Vladimír Drábek who was responsible for the section of culture in the Prague City Council, who offered their cooperation. The same response came also from the Ministry of Culture.

The festival, which has been organized by the NGO Slovo 21 in Prague since 1999, regularly organizes unique Roma band concerts consisting of groups from all over the world, as well as putting on exhibitions, film events, dance workshops, specialized seminars and conferences. Nearly 140 000 people from both the Czech Republic and abroad have attended the Khamoro festival in recent years. But it’s not only goal of the organization: “Our main goal is the improvement of coexistence of different groups in the Czech Republic. For this purpose, we fight against racism and xenophobia, we are engaged in human rights protection and development, we help to build a multicultural society and improve media image of minorities.” 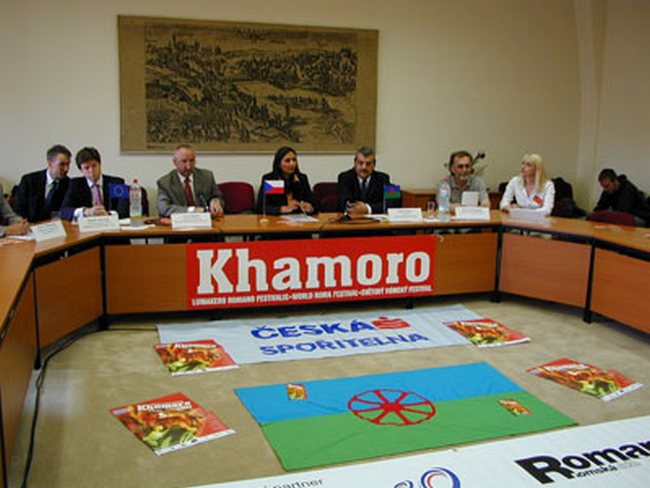 Another organizer is “Studio Production Saga” which was established in Prague in 1992 by the producer Jelena Silajdžić and the musician Džemil Silajdžić. Saga implements and supports cultural projects aiming at cooperation of the cities of Prague and Sarajevo. The main goal is the spread of cultural wealth between the two cities, endorsement of multiculturality, and organization of cultural exchange in the fields of music, theatre, dance, film and literature.

Over the past 17 years, in which the festival has brought the best of Roma culture to Prague every year in the last week of May, the Khamoro has established itself not just as a celebration of one community but also as a social cultural event. It is an event of which Prague and the whole of the Czech Republic can be proud. The Khamoro is no longer only attended by the Roma; on the dance stages and in the halls people of every age and nationality have great times together.

From the very beginning, the festival has been entertaining people from not only the Czech Republic but also the US, Canada, and South Africa. Throughout the life of the festival, over 160 professional Roma bands from more than 40 countries around the world have had the chance to entertain the concert visitors. was and the Khamoro has enjoyed the support of many famous Czech figures, such as Václav Havel, Petr Pithart, Libuše Benešová or Ramiro Cibrian.

In 2014 for the first time, the World Roma Festival Khamoro moved also out of Prague to an additional venue in Pilsen which is particularly fitting as in January 2015 Pilsen became the European capital city of culture.